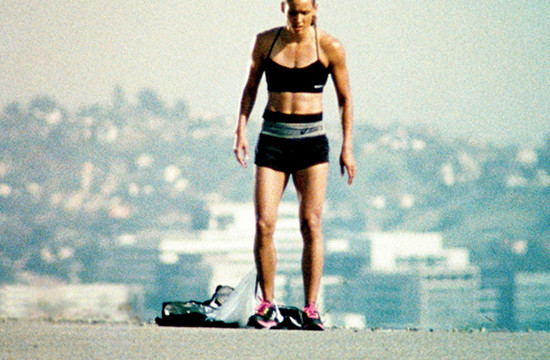 Backyard director Xander™ is going to make you feel out of shape in his stylish and kinetic new :60/:30/:15 “What’s Next” for ASICS out of Vitro, San Diego, CA.  The spot, featuring top ASICS-sponsored athletes including Olympians Lolo Jones, Bryan Clay and April Steiner Bennett, visualizes the physical and mental tenacity required of champions.

Says Xander™, “I wanted to capture raw athleticism in the most authentic way possible, matching the energy they feel in training.  That meant keeping our energy up and urging them to train as they do for competition.  The locations we found also helped put them in that state of mind.”

“What’s Next” opens on Lolo Jones engaged in rigorous parachute speed training.  Then we see other athletes dragging weights, slamming hammers down, kicking bags and hurling Kettlebells.  The action is driven by a lively, custom-made tune from Black Iris, with lyrics by VITRO’s KT Thayer.  Once they’ve completed one training type, they call out with self-assurance, “Next!”  They’re not through they are always trying to Better their Best.  The backdrop ranges from Los Angeles parking lots and gyms to Colorado and British Columbia forests and hillsides.  As the ASICS logo closes out the spot, it’s clear that these competitors never, ever quit pushing themselves.

Adds Xander™, “The music works well with the rawness of the visuals.  It’s up-tempo, but in an unexpected way.  It helps make you feel like you’re getting to know these people and their process up close.”