As Shown At The Super Bowl - FInal Honda Spot 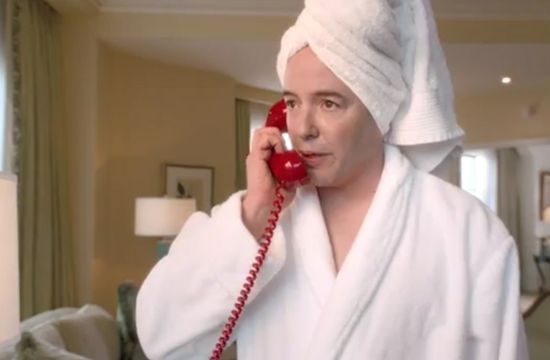 "Matthew's Day Off" is part of an integrated, multiplatform advertising campaign that began earlier this month to support the launch of the all-new Honda CR-V. The campaign encourages the active, hip Gen-Y audience transitioning between their carefree twenties and their more focused thirties to conquer their aspirations by completing their own "Leap List."
"Our primary goal is to support the launch of the all-new CR-V, a pillar vehicle in the Honda lineup, while representing the inherent fun and youthfulness of the Honda brand," said Tom Peyton, Honda brand manager, American Honda Motor Co., Inc.
Playing off the Leap List concept, "Matthew's Day Off," directed by Moxie Pictures, Todd Phillips (The Hangover, Due Date, Old School), stars Broderick playing himself while drawing on his well-known coming-of-age character that the CR-V target audience grew up watching.

"As with our other CR-V commercials that began airing this month, this fun commercial reminds viewers to go out and embrace life — do the things you want to do, not just the things you have to do," said Joe Baratelli, EVP, ECD at RPA, Honda's longstanding agency of record.
Last Sunday at the 2012 Super Bowl over 111.3 million people watched the Giant's beat the Patriot's and Matthew Broderick revisit his Ferris Bueller character. To see the final commercial, please click here: http://bit.ly/zwEfft
To complete your own leap list, click here http://automobiles.honda.com/leap-list/?from=leaplist.honda.com
Hidden in the commercial are dozens of "Easter eggs" reflective of the original film. Fans are encouraged to watch the spot closely to see how many references they can find. For example, an iconic vest that was worn in the original movie is visible in a department store window that appears briefly. To view the commercial and comment on the "Easter eggs," viewers can go to http://www.facebook.com/hondacrv
To build anticipation for Honda's Super Bowl commercial an eight-second teaser, "Coming Soon," was loaded onto YouTube on Jan. 26 and amassed nearly four million views.
A pre-game release of a 2-minute 23-second extended version of "Matthew's Day Off" was released, click here to see the work: http://www.youtube.com/watch?v=VhkDdayA4iA

This will be supported by public relations, search marketing and social media. In addition, Honda fans will get a sneak peek of the Super Bowl ad on Honda's Facebook page and Google+ page, which was just launched last week.