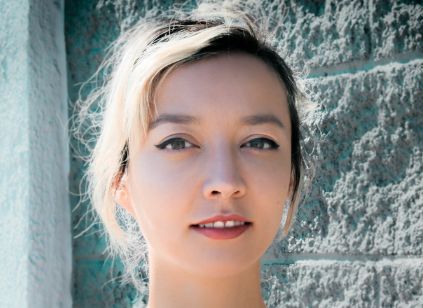 Los Angeles-based AR studio ARwall has added digital artist Joy Lea as its inaugural lead environment artist. She brings realism to her sci-fi environmental work and breathes life into fantastic, gritty concepts, having crafted RPG landscapes and assisted in other jaw-dropping virtual sets at top shops such as EA DICE, Three One Zero, MPC and Light Storm Entertainment, among others.

Her diverse skill-sets in virtual production and video game design have helped studios adapt to new methods of graphic artistry, digital set design and beyond, with work on projects including the EA DICE Battlefield series, 505 Games’ ADR1FT for Oculus, the highly anticipated upcoming Disney live-action film Lion King and the upcoming 20th Century Fox films Avatar II and Avatar III, slated for release in 2020 and 2021 respectively.

Notes ARwall CEO Rene Amador: “Joy has been a pioneer in real-time graphics on such major projects as The Lion King, Avatar 2/3, and Battlefield 1. She's the exact kind of film/games artist hybrid that will be transforming the entertainment industry in the next few decades, and we're very glad to be bringing her expertise on-set for our most demanding clients.”

Adds Lea: “At ARwall, I’m thrilled to be able to utilise both my film and interactive experiences. It is a technology studio whose product has far-reaching applications and is visually so easy to understand for a larger market. I’m thrilled to be a part of this exciting studio and team.”

Spurred by a childhood zeal for video games and RPGs, her love of world-building carried her to education in Art at Arizona State University before transferring to the prestigious Gnomon School of Visual Effects, Games & Animation in Hollywood as part of their Digital Production Program in Modelling/Texturing. After graduation, she honed her craft with SuperBot Entertainment, Inc., where she worked on her first game title PlayStation All-Stars: Battle Royale. Since then, she has held various posts over her escalating seven-year career with studios including Double Helix Games, Robotoki, Three One Zero and EA DICE, before most recently re-joining MPC as their Set Lead TD and Lead VAD Artist. At ARwall, her first project brings her and a dedicated crew to London for an upcoming film project.

When not crafting fantastical worlds for audiences to enjoy, she juggles a host of hobbies including ballet, nascent improv with the Second City conservatory program and tours of Los Angeles by motorcycle--the only way to really beat the traffic.