Campaign from MullenLowe SSP3 encourages women to propose to their boyfriends 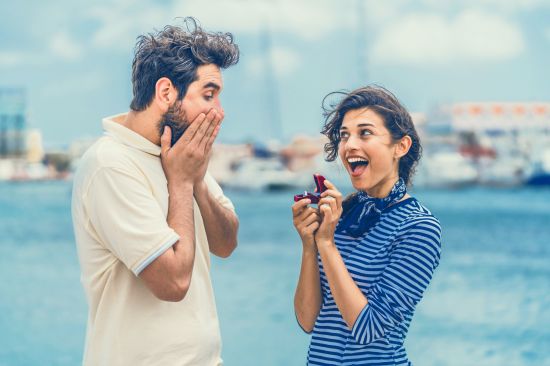 The role of women in society has been in constant evolution. In recent years, brave women have been changing paradigms and stereotypes about what many would consider 'men’s' territory. However, there is one cliché both men and women will always have in common: love.

One of the most romantic clichés still about are marriage proposals. It’s become a new purpose for Aruba - the One Happy Island - to help women break the stereotypes in marriage. According to Miriam Dabian, director of Aruba for Latin America: “In Aruba we have always believed that expressing love should not be tied to a genre or rules. That is why we invite women to inspire themselves in the Caribbean’s best beaches, perfect weather and colourful sunsets of our Island, surprise their partners to hear their ‘Yes, I do'."

To bring this initiative to life, Aruba created www.arubahesaidyes.com, inviting Latin American women to propose to their boyfriends. The promotion is available until August 29th, in which interested women can register to win a flight for two to Aruba. Once in Aruba, the lucky winner will recreate the perfect proposal with the help of an expert proposal planner.

“We want to invite women to break traditional proposal patterns, to encourage them to suggest to their boyfriends to celebrate unforgettable moments in the happiest island of the world. In addition, we extend an invitation to everyone who wants to surprise their couples and enjoy the deals we will be offering during August and September,” says Dabian.

The campaign, developed by MullenLowe SSP3 Colombia, is all about inverting roles. “We wanted to put an end to the cliché in which men are the ones making proposals, but we didn't want to replace it with another cliché,” mentioned Carlos Andrés Rodríguez, Chief Creative Officer at MullenLowe SSP3.

The He Said Yes campaign is running on TV, outdoors, radio and digital channels in Colombia, Brazil, Argentina, Venezuela, Chile and Peru - core markets for Aruba. Besides being an initiative from a country brand, it is expected to bring the largest quantity of travellers to the island.

“This invitation to every woman who wants to propose not only looks to break stereotypes regarding marriage, but also wishes to create new conversations and help people find their own way to express love,” comments Juan Pablo Garcia, Chief Operating Officer at MullenLowe SSP3.