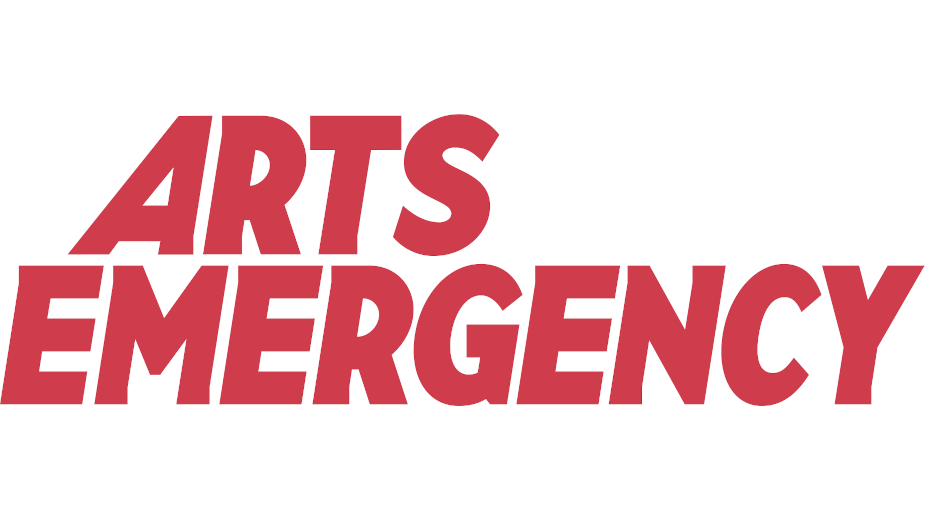 Founded in 2013, Arts Emergency began life as a small mentoring  project in Hackney. Set up by comedian Josie Long and activist Neil Griffiths, the friends  decided they had to do something meaningful to help young people affected by austerity  and rising tuition fees. Arts Emergency has since grown into a charity with bases across the  UK and a community of thousands of volunteers. In 2020 the charity scaled up its work in  London and Manchester and launched a mentoring scheme in Merseyside.

Arts Emergency is now at a crucial turning point, and with increasing demand for its services, the organisation has set out a new vision to support 4,000 young people nationally by 2025.

In order to do this Arts Emergency faces a huge step-change to grow its volunteer and donor  base across the UK, requiring a brand and website that does justice to their impact while  helping them to be ready for what’s to come. The charity’s website had been produced, for  free, seven years ago and along with the brand, had become limited and inflexible,  confusing rather than helping to clarify what they offer to young people, and how  volunteers could help. The lack of website functionality also meant Arts Emergency was  losing out on donations and missing opportunities to engage its existing community.

The challenge was set to create a forward-looking brand which relayed the organisation’s  status as a trusted youth organisation and a grassroots movement challenging the  inequalities in the creative sector. Creative advertising agency FCB Inferno offered their  expertise to help Arts Emergency rebrand pro bono. 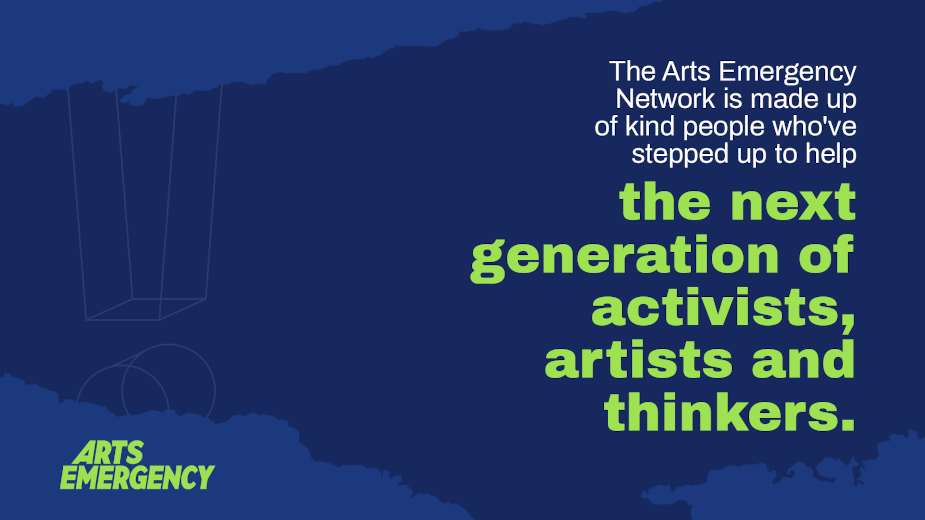 It was crucial that the new brand reflected the young people Arts Emergency supports so a  user group of young people, mentors and donors guided Arts Emergency’s decisions at  every stage of the design. Resulting in a new logo, fonts, colour palette and tone of voice which reflected the organisation’s values of being bold, optimistic and community led. Once the new identity was realised a new, dynamic website was created by the designers S-T in  partnership with United Forms. The new site celebrates the stories of mentor pairs and provides a platform to showcase young people’s achievements and creative work.

In 2021 FCB Inferno will be working with the charity to launch a major campaign to raise  awareness and create a real movement to grow the Arts Emergency Network. For the  agency known for its work including The Premier Leagues ‘No Room for Racism’ and Sport  England’s iconic ‘This Girl Can’, the opportunity to partner with the charity could not have come at a better time.

Arts Emergency co-founder and CEO Neil Griffiths said: “In dark times like these we need  to harness our collective creative energy and imagine better, and imagine harder than we  have before, and to imagine with a sense of renewed purpose. I’m so proud that our  community has stepped up time and again over lockdown and that now Arts Emergency has  the infrastructure to really grow our movement. It’s such a coup for us to be teaming up  with the award-winning creative team at FCB Inferno. This rebrand, new improved website  and upcoming campaign will make such a difference to the real-world opportunities and  connections we can offer.”

Frazer Gibney, FCB Inferno’s CEO said: “The next few years and months could have a  devastating impact on the futures of millions of young people. The grad schemes and entry  level roles that have been thwarted by the pandemic will also mean that companies will not  be able to access this untapped, diverse talent that will have such a great impact on the  agency's work and culture. We are honoured to be working alongside Arts Emergency to  create a movement that we hope will take strides in levelling the playing field.”

Josie Long, Arts Emergency co-founder and comedian said: “We started Arts Emergency  mentoring a handful of pupils in Hackney. Now we’re this big wide network of people in  culture, supporting hundreds of young people to have the lives they want. We’re needed more than ever so it makes me SO happy that this work will mean we can grow and reach  more students, volunteers and donors.”