Awards and Events 452 Add to collection 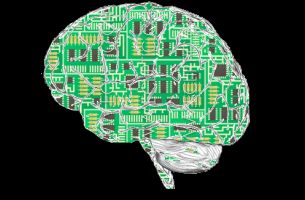 From Google’s successful attempt at beating the world’s best Go player, to Microsoft’s somewhat less successful Twitter bot Tay, artificial intelligence has had tongues wagging in both the mainstream press and advertising industry for the past year. And the topic didn’t die down during last week’s Cannes Lions. Many conversations had with various members of adland ended up veering towards the realm of AI. How far can the technology go? Is it a threat to creativity? Are the cyborgs taking over?... and, uh, what actually is AI?

What’s more, Saatchi & Saatchi hid a film within its 2016 New Directors’ Showcase that was wholly created, cast, directed and edited by machines. And JWT Amsterdam scooped a Grand Prix in Cyber and the Creative Data Lions for ‘The Next Rembrandt’, a project that used AI to predict what Rembrandt’s next painting would have been. And the Innovation Grand Prix? Well, that went to Google’s AlphaGo.

LBB’s Addison Capper chatted with ad execs on the ground to get their views.

“When you think of AI, initially you think about science fiction films, and robots invading and destroying Earth. But on the other hand I have first-hand experience of Watson and it is capable of some amazing things. We’ve spoken recently about what could happen if Watson becomes a physical ‘thing’, and then it gets really exciting because what that AI technology does is offer a more or less open API that you can use for almost anything. It can help cure cancer. That’s not an over-promise, I’ve seen how it works with doctors and it can define pixel-small things that a doctor cannot see.

“At Ogilvy we started exploring doing cognitive ads. And then the question comes up of, ‘if Watson can make ads, where does that leave us as creatives?’ But of course there will still be a place for us. I am sure at some point in the far future, artificial intelligence will at least be able to learn emotion. But we are feeding this intelligence as humans, AI learns from us - like a child growing up. I think the adaption of online banners, etc. could be taken over by AI, but it would be arrogant for humanity to think that we couldn’t develop artificial intelligence into something that could create ideas. I’m super excited about it. It’s going to be a challenge for us to get ahead. But that’s how humans progress.”

“I think right now we’re in quite a primitive state of AI, and it’s not ‘true’ artificial intelligence as we understand as a sort of sentient being. But I think society is finally accepting that computers and machines are more capable and can handle much more than we can as humans right now. Even in the short term I can see it revolutionising things like customer service. 90 per cent of the calls that come to a call centre involve similar issues and problems - imagine never having to wait on hold again to get those answered. Bots can really do a lot of the heavy basic lifting, which then allows the human element to be much richer.

“In relation to the ad industry, I’ve actually been talking to some startups whose goal it is to do dynamic, real time creative through AI. So as you’re loading a website, it will write copy, generate art direction, specify a colour of an outfit or a car, all based on your cookie history. We’ve done a lot of talking about the importance of personalisation in the world, and AI allows every single person around the world to be personalised to in no way that a human could ever manage. I think we’re in the infancy and it truly is much bigger than marketing and advertising, but like anything the money is there with brands right now to test the boundaries and bring it to life. To me though, it’s much more promising than things such as VR. That’s still huge but AI is a huge change in this world. What the mobile device has done for us, AI will do too.”

“I think artificial intelligence is a bit terrifying because no matter what we’re doing as ad creatives, we’re storytellers. We live in a world where we need humanity more than ever. I like the tools, and there are jobs that I can see AI aiding creatives in - as long as you don’t lose the human connection during creation. You know, there’s still value in building a relatively simple banner ad within a team and communicating with people. I feel that anything in the programmatic world just starts to lose its life a little. I’m not a Luddite – video games are my biggest hobby – but I need that human connection. In my opinion, the best work here at Cannes is still honest storytelling. Simple truths that hit you hard.”

(Saatchi & Saatchi hid a film in this year’s New Directors’ Showcase that was completely created and directed using AI.)

“It’ll be part of what we do - just like how we rely on laptops and iPhones. There will be a way to tune it to suit our needs. We’ve not run this experiment [the New Directors’ Showcase one] in response to the fear factor of people losing their jobs to machines. This is more about looking at how AI can support what we do. If we work with it then we can build it and adapt it to our needs. But I think it’s just another technical facility that we will call upon, and how we call upon it is up to us.”

“Some of the latest studies are saying that the margin for error in terms of voice recognition, for example, has gone from 50-something per cent to 7 per cent. The speed of development is quite fascinating. I think artificial intelligence will change everything about how we as humans work and what we do. It’s a macro impact.

I think the only things that machines will not be able to do is creativity and errors.

I read a study into military use of computers and artificial intelligence, and the margins for error rose massively when they had to change the plan and incorporate humans into it. So I think in the future humans will be less and less involved in process-driven decisions and work. For example, law firms or banks - very process driven industries. But a lawyer will have to demonstrate a creatively driven way of working. They will have to know how to play the system to justify a person being involved. I think the term ‘creativity’ applies to marketing and advertising, but on a bigger scale it relates to the entire world and how people will work. I think creativity will be one of the only, if not the only, IP that humans will keep.”

AI can go all the way. It will. Every year it’s going to get better and better. But it’s not going to be specifically an AI or human thing. At Albion, we are currently working on a medical AI. And if you look at it, the best doctor is going to be the doctor that can work best with AI. We’ll be able to see that with everything. For example, the best cab drivers now aren’t the ones who can memorise a city. So what I think is interesting is how we can build artificial intelligence that’s appropriate to what we want to do in life and how businesses can combine human learning with machine learning.

“I don’t think artificial intelligence is currently in any shape or form close to coming up with a new idea. But what we’re seeing with AI is the allowance to extend and personalise campaigns like never before. I do think it’s still in the realm of science fiction with regards to generating new ideas.

The advertising industry has a very naive understanding of science. We think that scientists follow the rules. But any good scientist is like a creative. They’re trying to break the rules and show that everyone else is an idiot and they understand what the real rules are. The problem with most AI models that I’m hearing about is that they are all algorithm based. So they’re based on rules. And that will allow for multiplication and refinement of a campaign, but you are not going to get a new idea.

Everyone thinks data is going to revolutionise the future. But if you talk to any good statistician, they will tell you that the bigger the decision, the less useful statistics are. Statistics and algorithms are very good at automating low-level decision making. That’s as true today as I think it will be in 10 years’ time.”