Trends and Insight 560 Add to collection 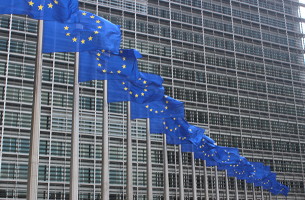 There’s been a lot of chit chat and speculation ever since the UK voted, on Thursday 23rd June 2016 (incidentally when much of world’s ad industry was at Cannes Lions), to leave the EU. But it’s all been a bit hypothetical… until this week when shit got seriously real.

UK Prime Minister Theresa May submitted ‘Article 50’ on Wednesday, kicking off the official process for a country to withdraw from the union. But what will it mean for the advertising industry in Europe? Will London continue to occupy its dominant spot or will we see the EU’s other big players benefit? We thought we’d open up discussion again, quizzing a mixture of adlanders from around the EU about how they see things panning out over the course of the two-year withdrawal process and beyond. 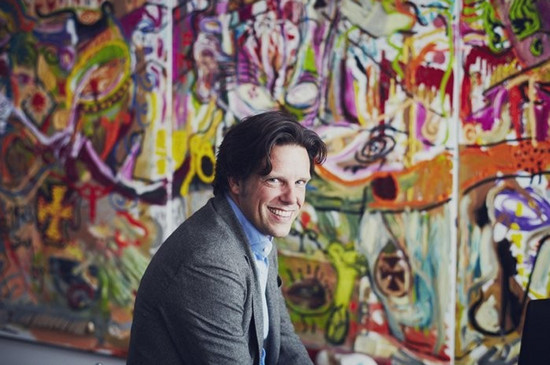 I must admit that I am biased.

To me, the concept of a united Europe is the most beautiful vision to have been developed after World War II. The EU is the means of making this vision a reality where we can enjoy free trade, borderless mobility, pan-European education programmes and standards such as Erasmus and Pisa, and social stability through European investments. The EU is even the strategic answer to helping us stay on par with China and the US. So, for me, Brexit is terrible!

The short-term implications for our business will not be good. Britain is a key market in Europe and many European marketing HQs are based in London. The UK will now go through a phase of insecurity for at least two years. If anything is poisonous to business, it is insecurity as it reduces the level of investment and consumption. Since the communication industry is also procyclical, ad investments are likely to be harmed by Brexit. Clients will proceed with greater caution in the short-term.

In the mid-term, the consequences are more difficult to assess.

One point to watch out for will of course be the result of the negotiations. I am doubtful that the UK and EU will resolve Brexit in such a short time and believe it will take much longer than two years to arrive at a suitable deal. And whatever the deal is, it will not be better than what we already have today, for either party.

But it should also be noted that the UK has considered the EU as simply a free trade zone, and not much more.  Brexit will in fact force the EU to redefine its role and priorities, therefore allowing the EU to evolve and align itself more with what Europeans expect from it.

In the end, we may see a stronger, more popular European Union emerge. This would be good news for all and especially for our business.

Let's not miss this opportunity! 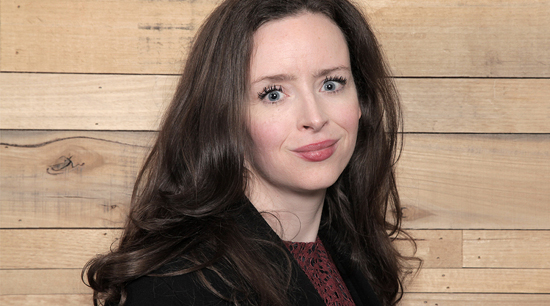 Any agency is only as good as its ability to attract and retain diverse talent. Post Article 50, we must focus on securing the flow of fresh, diverse talent to our industry by protecting the rights of the many brilliant EU nationals currently employed by the industry – and those we haven’t yet discovered. In parallel, of course, we must work harder to open up opportunity to sectors of the UK population currently under-represented in our agencies. This isn’t just a nice or politically correct thing to do, it is imperative if the UK advertising industry is to remain a world leader. Significant proportions of our revenue come from developing global or pan-European campaigns and those clients demand diverse and culturally connected teams. If London can no longer provide, they will seek alternative centres of excellence.

While focusing on talent, we must also ask ourselves as an industry how we can use our skills to create a kinder, more open and inclusive political climate. The Remain campaign failed in part because, as Clay Shirky so memorably put it, it brought “fact checkers to a culture war”. We need to think long and hard about how to communicate differently to win hearts and minds in a “post fact” culture. We must think about how our industry’s insistence on reach above all other metrics has contributed to the rise of “fake news” and clickbait as currency, and consider how we can establish new metrics that recognise context and quality. Finally, I believe we should ask ourselves how we can use technology to create a climate where everyone believes they have a stake in the future, where a more connected society feels like an opportunity rather than a threat. 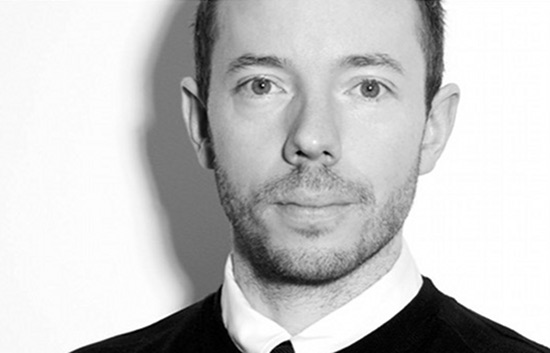 The only thing that doesn’t change is change. And the change that was made official yesterday is era-defining.

Why did Brexit happen? Although there’s no clear-cut answer to that, I believe that this change is the consequence of a changing world: the reaction of a majority that felt left behind by innovation and technology, digitalisation and globalisation.

As a Canadian living in Paris, I am on one hand proud of Justin Trudeau’s response to our changing world – especially in contrast to our southern neighbour’s – and on the other hand I am on the edge of what will happen in the upcoming French elections.

But it’s not only up to governments and institutions to have their say, but for us all as individuals and entrepreneurs too.

Sid Lee has always been about challenging the status quo so when it comes to change there’s no surprise that we’re more about driving it than adapting or resisting. Creativity is the engine that fuels the drive.

Today, the idiom that the future is not a given but yours to create resonates stronger than ever. It’s up to you to change. 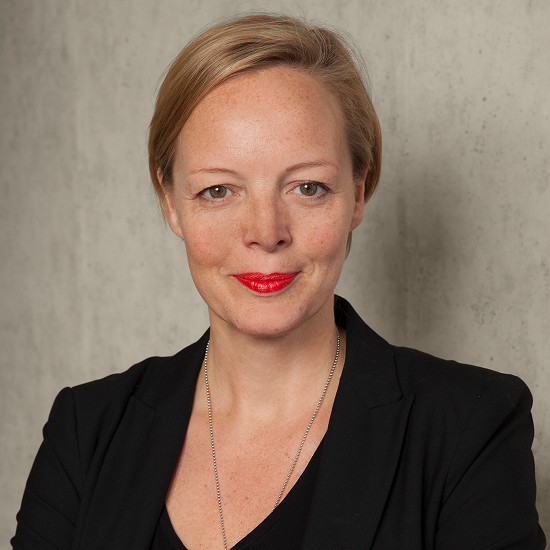 Will Brexit be putting the breaks on Creativity?

Culture, creativity as well as business flourish on the concept of openness. Openness to new and interesting ideas, to talent, to markets and new opportunities. Brexit is the opposite – it closes doors and limits opportunities for agencies within the UK, for international networks as well as for international talent and clients. It makes partnerships and collaboration within the industry more complicated – at least once 2019 comes around.

London has, for many decades, been a creative powerhouse, attracting and producing creative talent. The basis for this is the concept of diversity – uniting talent from across cultures and markets.

Agencies might follow suit with their clients, and consider relocating European headquarters to outside the UK. And it will not only lead agencies to reconsider London as their home of choice - the overall creative talent will re-evaluate, as the UK will no longer be attractive for foreign talent to seek careers there. Brexit will affect the creative talent across many industries – not just advertising. EU talent is already shying away from taking the plunge and relocating to the UK. According to a recent study by Silicon Valley Bank, 17% of UK  startups are currently considering relocating, and one out of 10 is considering somewhere within the EU.

Creative cities such as Berlin, Amsterdam or Paris might benefit – but overall the creative European community will lose.

We as agencies can only aim at finding creative ways to surpass Brexit – and defining new ways of how to work together and cooperate on projects and client accounts. As political limitations might be one thing, we have become so well versed at collaborating across boundaries that we shouldn’t let the rise of nationalism or Brexit limit our creativity. 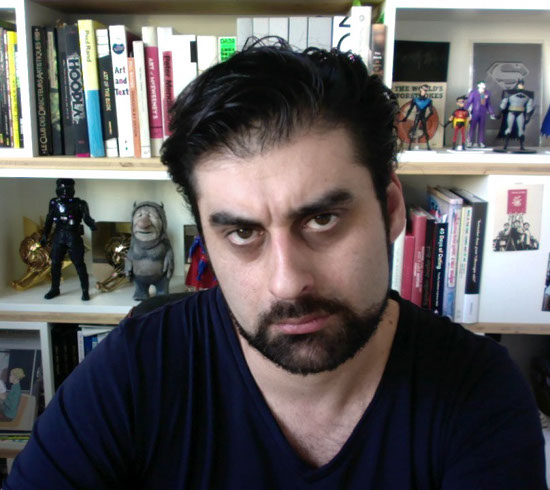 The first consequence of Brexit will be financial. Taxes for importation have already risen about 10 to 15%, so our clients are already losing money. Two scenarios are possible. Less investment in communication to balance out the loss – this might happen for middle-sized accounts. For international accounts, investment might grow because that’s what happens in times of crisis. You have to convince targets to buy one product over another, but creativity might be the first victim.

Decision and strategy will be led by competition and fear, and we all know how complicated it is to work when each decision is shadowed by fear. When it comes to talent, the UK has always been an attractive and very creative country, a true industry leader. Nevertheless, I guess that Brexit will have a direct effect on salary. I don't think it will be easy to bring new talent into the UK. New immigration laws, living costs and salaries are a big deal when you want to work somewhere else. The way the US is doing right now isn’t all that much more attractive either… after all, it comes down to logic – a great talent will always find a job, and agencies will always fight to bring in the greatest talent.

The UK has always been the great gateway to Europe for international accounts. So this might be good for the rest of Europe. It might wake up Amsterdam, the next big gateway to Europe. They’ve been sleeping for more than four years now. Or it may give a local agency more power over a simple leading agency, as was the case for the UK.

If I don't think with my brain, but rather with my heart, I have to say that I truly believe in the UK. If bad times are coming, they won't last. This is a creative country, and we all know how much we believe in creativity to solve problems. 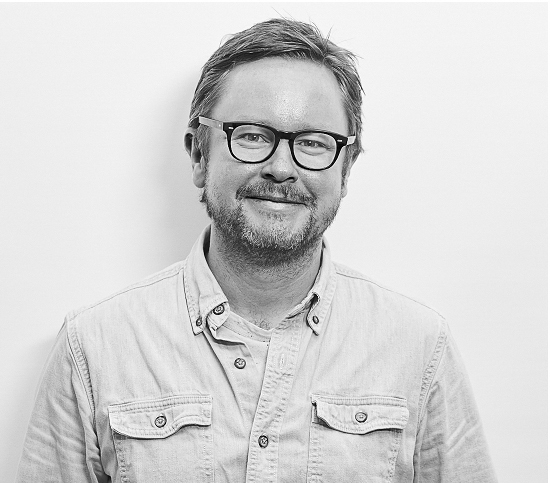 To be honest it didn’t really stir up as much water cooler conversation over here [in France] as it obviously did in the UK. The upcoming election in France seems to be the biggest concern on people's lips here, the outcome of which will for sure have both agencies and clients sitting tightly. I guess once that has passed then the reality of Brexit will sink in.

There seems to be a huge drain of French talent that heads off to the UK into the advertising industry - I guess there will be more hesitation now for them to flee there, resulting in them either looking to places like Amsterdam or even deciding to stay in France. From a creative point of view that could work well for us, keeping the talent here. And we’ve never had many UK creatives in the Paris community so that won’t change much. That might be the only positive thing I can find about this!