Arthur London Helps Those Who are #DownNotOut For Samaritans 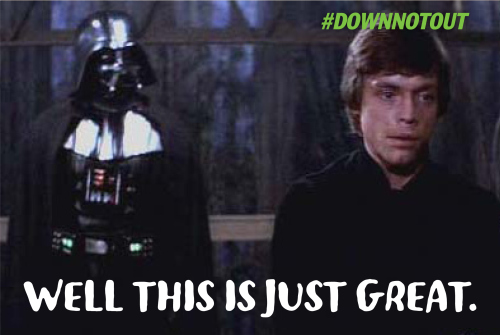 Samaritans is launching a real-time branded content campaign to target men who think that the brand and its services are not for them.

Arthur London has created the campaign, by working closely with Trinity Mirror and Samaritans. It is also part of the partnership Samaritans has with Network Rail.

The first phase of the campaign does not carry the Samaritans logo but uses the line #DownNotOut within a Samaritans-branded template.

Working with Trinity Mirror, the campaign uses subtly branded football, comedy and movie content to build around the idea of DownNotOut. The content will remind men that they can triumph over adversity and is part of Samaritans’ attempt to help men view it as a brand that is also relevant for them, not there just for people in crisis but as a listening service for anyone who needs to talk to someone.

Initial content will be triggered by events at the World Cup, with each item conceived, created and published in real-time and seeded out, using the #DownNotOut hashtag, via Mirror Football’s Twitter page, which has 285,000 followers. An editorial feature on the best World Cup comebacks on the Mirror Sports website will support the Twitter activity.

Trinity Mirror title UsVsTh3m has created content including a “Not So Super Mario” game and a quiz on the best movie comeback heroes. This content will be seeded across its social channels during the two-month campaign period.

As part of the wider partnership between Samaritans and Network Rail, Britain's rail infrastructure owner and operator is also supporting the campaign by promoting it to its workforce and making people across the industry aware of the project.

Chantel Scherer-Reid, Acting Director of Communications, Samaritans says “This is an innovative campaign for us, reaching men before they may need us in their own media eco-system. The campaign demonstrates Samaritans’ outlaw brand values and will give us valuable insight into how men perceive the Samaritans brand.”

Michelle Booth, Digital Planner at Arthur London, said:  ‘Samaritans has been very innovative and this is a new approach for the organisation. Partnering with Trinity Mirror has given us access to the audience and credibility to amplify the campaign, using the World Cup to allow us to create and test real-time branded content as part of our strategy’.