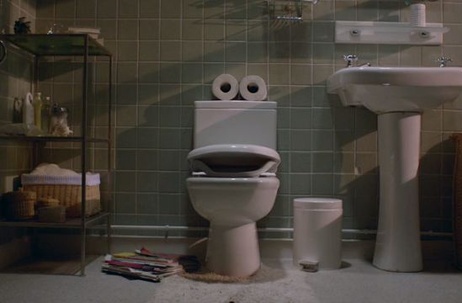 Artem SFX was recently commissioned to help bring a toilet to life for Water Aid’s latest campaign in the run-up to World Toilet Day on 19 November.

Artem was asked to create “Louie the Loo” - an 'animated' loo seat and lid which formed the mouth and two loo rolls for the eyes, so that they could be puppeteered to sing along to a song written for the commercial. To make the toilet look lifelike, Artem technicians took moulds from the seat and lid of an actual loo and cast them in flexible silicone. A mechanism was created to puppeteer Louie behind the set. The loo rolls were made in foam latex, meaning they could also be easily manipulated as glove puppets. Artem was working to a very tight deadline – just a 48 hour turnaround - but their extensive experience in puppetry helped them to complete the project on time.

Mike Kelt, CEO of Artem, said, “The main challenge with this project was the timescale – we had 48 hours before it was in front of camera! We were really pleased with the result, and it was great to work with WaterAid who do such good things throughout the world.”

The campaign, which launched in the run-up to World Toilet Day on 19 November, aims to raise global awareness of the struggle faced by the 2.5 billion people - that’s one in three people worldwide - currently living without access to a safe, clean and private toilet.

Celebrating its 25th anniversary this year, Artem was involved in the Olympics and Paralympics opening and closing ceremonies and created the famous animatronic dog for the Churchill Insurance adverts. Artem's Colin Foster has been nominated for Best Model Maker at this year’s British Arrows Awards for his work on Brian the Robot for the confused.com campaign.