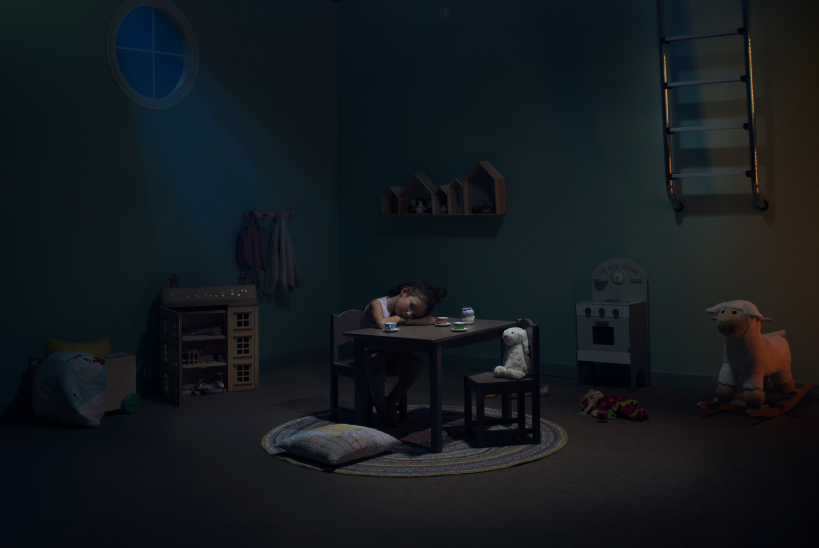 FCB Health New York and Colin’s Hope continue their joint commitment to child water safety this National Water Safety Month with their award-winning pro bono campaign, 'Not Out Of The Water'. This second iteration features a dedicated website, with three new ads created in partnership with renowned photographer Ale Burset, as well as downloadable safety posters and flyers in multiple languages, reminding parents of children ages one to four that just because their child is out of the pool doesn’t mean they are safely out of the water.

According to the Centers for Disease Control, drowning is the number one cause of unintentional injury death in children ages one to four. And it’s estimated that for each child who dies from drowning, five more children receive emergency care for non-fatal submersion injuries. Despite this prevalence, and according to ongoing studies on drowning terminology, many parents don’t completely understand its true definition.

This National Water Safety Month, FCB Health and Colin’s Hope are continuing to spark conversation, drive awareness and debunk misinformation on drowning and water safety in order to help save lives and reduce the number of accidental drownings around the globe. The goal of the campaign is to provide educational resources and raise visibility for non-fatal drowning (often referred to in outdated terminology, such as dry, secondary, delayed, or near drowning) and its symptoms among parents and caregivers.

“We are thrilled to continue the ‘Not Out Of The Water’ initiative and provide parents with the information they need to keep their child safe from drowning,” said Alissa Magrum of Colin’s Hope. “While it’s known that drowning begins in water, not everyone realises that injury or even death can occur after leaving the water. We want to make sure everyone has access to the necessary resources in order to be able to recognise the symptoms and seek medical help.”

The 'Not Out Of The Water' initiative launched in May 2018 and NotOutOfTheWater.com continue to serve as a reliable resource for preventing non-fatal drowning. In just a year, the campaign has made a significant impact with organisations like StarGuard ELITE, which is using the materials to train their lifeguards across the Royal Caribbean and Carnival Cruise Lines fleets. In addition, World Health Organization agreed that non-fatal drownings have been under-reported, and as such they are rewriting their position statement, which will help everyone better recognise, treat, and collect data on non-fatal drownings in the future.

“I am very proud of the team for continuing to raise awareness for an important cause that has also received support from prominent organisations globally,” said Kathleen Nanda, executive creative director, FCB Health New York. “Water Safety Month is a key time to continue this conversation around water safety, and shed light on the symptoms and behaviours that all parents should be aware of in order to prevent child deaths and injuries.”

In total, there are 28 new organisations supporting the initiative, including the National Drowning Prevention Alliance, Lifeguards Without Borders, Starfish Aquatics, and Stop Drowning Now.