Around the World in 360 Degrees: Maximising on VR Shoots 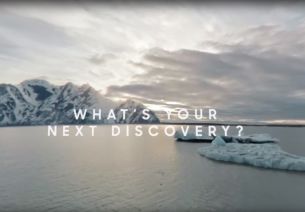 The demand for VR continues to grow as both a viewing medium and an engagement device.  As such, it is becoming increasingly important to ensure an efficient shoot and high-quality output when it comes to VR for advertising.  The fast-developing technology behind VR filming and viewing habits finds consumers not so easily amused by the novelty of the experience alone. The industry is under increasing pressure to create engaging ideas with impressive visual quality.

In our role of providing local shoot support, we see projects from brands, agencies, and production companies confronted with a significant number of logistical issues, legal implications, and cultural barriers when working to execute their ideas.

Behind the unprecedented experience VR brings to audiences across the globe, for example, there is local expertise prepared to facilitate 360-degree camera set-ups in different situations, terrains, and cultures.

Among the 40 production companies that make up our global community, there’s unparalleled experience at the local support of VR projects. Across the Production Service Network we’ve serviced some world-renowned VR shoots, from fan experience at this year’s UEFA Champions League final with Nissan to President Obama’s father’s day trip to Yosemite with Oculus and National Geographic.

VR is taking to all terrains.  PSN Germany facilitated the shoot featuring city surfers taking on the Eisbach river in Munich in 360 degrees for Canon’s Come and See campaign. PSN Netherlands took to the ice to capture Olympic speed skaters for Samsung.  PSN Austria and Iceland have supported VR shoots shooting through roaring rapids, even on a glacier!

Looking to take the next step in consumer experience, SEAT commissioned Ogilvy One – working with Unit 9, Wildbytes, and the team at PSN Spain (RCR Films) - to shoot a VR film destined for special-built synchronised chairs at the recent Paris Auto Show. The 360-degree experience provides viewers with a car’s eye perspective of Barcelona and some of its more inspiring and exclusive locations, including the rooftop of Gaudi’s Casa Milà, also known as La Pedrera.

“We wanted to showcase how our hometown of Barcelona inspires the design of our automobiles,” says Susanne Franz, SEAT Global Marketing Director. “We decided on this approach because it is the best way to really feel our Barcelona inside the new SEAT Ateca.”

Thanks to a longstanding relationship with the brand, experienced commercial director and PSN Spain partner, Sergi Capellas, was the local ear to the ground when it came to making the shoot happen in the Catalonian capital.

“This was SEAT’s first big VR project,” explains Capellas. “I’d actually completed a film for an Auto Show for the brand earlier in the year, and they looked to me for advice on the spot. I took on the role of artistic director for this project, working on the shooting board and supervising the production elements alongside Unit 9.”

Unit 9 director Anrick partnered with Capellas and Wildbytes to develop a VR film optimised for theatre seating made in Israel. When it came to the shoot, Capellas considered methods to take the narrative beyond the immediate impact and leave a lasting impression on viewers.

Cooperation between local and international creatives delivered a successful launch for SEAT’s Ateca at the Paris Motor Show and in trade media covering the event.  Franz elaborates, “You need to create a team that combines technical expertise with talented cinematography to boost the creative to a level that fully engages viewers.  The two must work perfectly synchronised as one.”

“Using our connections in Barcelona and working with a flagship brand like SEAT really helped to unlock exclusive locales for the shoot,” continues Capellas.  “Shooting on La Pedrera rooftop and other places was a fantastic experience that really adds an authentic buzz of Barcelona to the film.”

When the Shoot Is Near on Impossible…

Most recently PSN South Korea was brought in to share its expertise on a 360-degree shoot in Seoul’s GwangJang market for Samsung and The Boardroom. The film is part of the Discovr series promoting use of next generation VR gear fitted to Samsung and powered by Oculus.

However, shooting in a market isn’t as simple as it may sound when it comes to 360 degrees. Unlike a typical shoot, it’s much harder to control what you can see in a public space – and the people that occupy it - without negating the authenticity of the experience.

Finding that arranging the market location would be an almost impossible task from a distance,  Executive Producer on the project Bernd Out enlisted the help of Kimi Kim at PSN Korea to make the shoot possible: “Kimi was great. Arranging the public location was very hard to do - basically impossible for us. She was able to negotiate with each of the shops in the food court, since we needed all of them to agree to the shoot, and negotiate a release fee.

“She also managed to arrange 40-50 extras to fill the foreground. That way we could ensure that everyone appearing in the film would be signed off for release. All of this documentation was also in Korean, so she and her team were a great help!”

PSN Partner Kimi Kim explains, “When you’re shooting in 360 degrees in a busy place, you’d be surprised how many people and businesses you capture on camera! To ensure there are no issues with release approval, it’s necessary to be thoroughly prepared in pre-production. We found it less troublesome to populate the scene with our own extras in order to minimise exposure of local business and payments for their collaboration.”

Kimi adds: “We did a recce to ensure we knew the exact size and shape we’d need the rigs to be, and then we built them specially to accommodate this shoot.”

“Kimi helped us out with a support crew so that all the extras were attended to.  Even a small set was built on the spot,” adds Bernd. “All this was done with a very short turnaround and a lot of trust. We couldn’t have done it without them!”