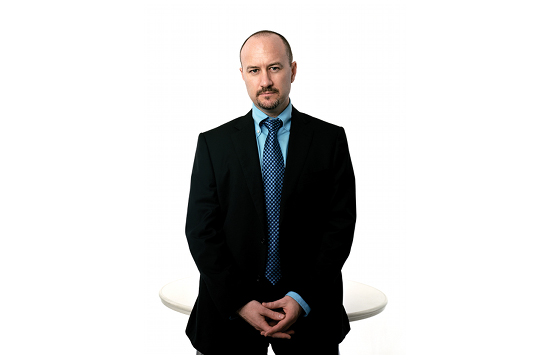 Robert LePlae, CEO of Arnold Worldwide announced today the hire of Corey Mitchell, former MRM and TBWA executive, as president of its New York operations. In the role, he will be responsible for driving the strategy and execution of the agency’s services across its client base and growth and development of the office. Mitchell will sit on Arnold Worldwide's Global Executive Committee and will report directly to LePlae.

Mitchell brings to the agency extensive digital expertise and integrated agency leadership combined with creative brand building experience. Additionally, having served as leader of MRM East North America during its most successful growth period, he adds the entrepreneurial energy of a start-up culture to the role. This followed his tenure as president of TBWA/Chiat/Day New York when it was the most creatively awarded agency in the world.

"There are very few people who have led a world-class creative agency, and with equal success, a large-scale digital marketing agency," said Robert LePlae, CEO, Arnold Worldwide. "Corey's respect for creative ideas, his understanding of complex integrated marketing, and depth of international and multi-disciplined leadership makes him the ideal leader to drive product excellent and increased growth in New York. He is an inspirational leader who I'm thrilled to welcome to our executive team."

"Arnold has always been a great creative standard bearer. It's an exceptional brand agency with expertise in creating integrated marketing programs at scale across the most important tech platforms. Combined with critical business strategy acumen, great talent and great clients, it’s a combination for a successfully sustainable business," said Mitchell. "I couldn't be more excited to lead Arnold Worldwide in New York."

The appointment comes on the heels of the launch of the first-ever branding campaign for 23AndMe, which recently appointed Arnold Worldwide in NYC agency of record. It follows a string of wins seven months into LePlae’s tenure as CEO that include Del Monte, Avocados of Mexico, Santander credit card business, Caleidos in Italy, Douwe Edberts in the UK; and, digital AOR assignments including CVS, Nexxus, and Volvo Cars of North America.

Mitchell is an accomplished leader of creative companies with a 26-year career that includes serving at Y&R, TBWA and MRM. In that span he pioneered multi-disciplined marketing approaches and led management teams across capabilities and disciplines. Mitchell also led the successful start of two companies, Orange Brand Vision and Dirty Yoga, and the leadership of international agencies, TBWA/Chiat/Day New York and MRM East North America. In each leadership role, he drove increased organic growth and landed high profile large-scale clients. Additionally, Mitchell is well regarded for creating collaborative environments of respect, accountability, and creativity at leading retail, CRM, shopper marketing, design, consulting, digital and brand agencies. At 28 he ran Ericsson Mobile Phones across all of Asia Pacific. At 35 he ran all of Mars Globally for TBWA. And, at 38 he was president of TBWA/Chiat/Day New York.