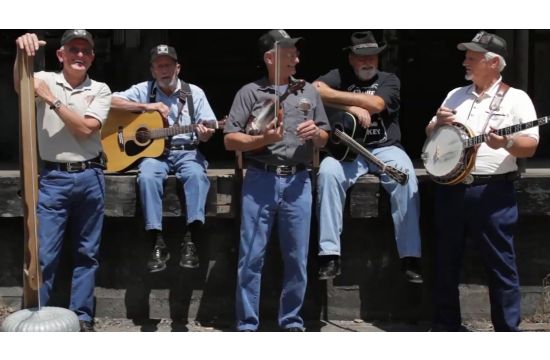 Arnold Worldwide have created a new short for Jack Daniel’s titled “Independent Lynchburg” and features up close stories behind nine folks plus a five-member band who live in the home of JD. In addition, this Saturday, November 2nd the brand’s first short film, “Independent Lynchburg,” will be screened at the 16th annual Indie Memphis Film Festival, after making an early October appearance at the Louisville International Festival of Film. The short documentary-style film will live on the Jack Daniel’s site as part of the brand’s story and be available for viewing by anyone visiting the site. Check it out below:

Details: The 11:30+ minute film features up close interviews with several of the local independent spirits who reside in Lynchburg, TN. During filming, one of the interesting facts the three person crew learned is that everyone is usually known only by their nickname (Brother, Groundhog, Brutus, Smut for short, Bojo, Goose, Bulldog, Ole Two Fingers, among others) and one never seems to know someone’s real name or often how they got their own nickname. Here are the lives into which you will get rare personal glimpses while viewing the film:
•         Terry – describes himself as a “country feller” and tells how he cut out a portion of his house with a chainsaw, and it wasn’t the first time
•         Goose & the Sheriff – the Sheriff describes how Goose caught a guy stealing (microwave, fishing poles) from his house and what he did with the thief
•         Clyde – talks about how him and his dad prefer to use mules over horses to cut hay
•         C.W. – explains how they do a lot of racing around there- with cars, tractors
•         Randall – shares how he spent many years promoting “wrastling,” as they call it in Lynchburg, where the strategy was pitting a pretty boy (for the female fans) against a bad guy (for the male fans)
•         Bobo & Claude – Bobo was a master distiller and he worked with Claude, who worked under five different master distillers – there’s only been 5 master distillers; they discuss how they always try to beat each other in to work
•         The Barrel House Gang – a 5 member washtub bass, fiddle and banjo band that’s been playing together 30-35 years; performs “Barrel House Music” in the film; they talk about nicknames
•         Darren & Diane – Darren, known as the Jack Daniel’s Cowboy at cowboy mounted shooting equine events, makes the JDW charcoal and says they start the fires with 140 proof whiskey