Arnold KLP London Captures the Faces of Cinema for Cineworld 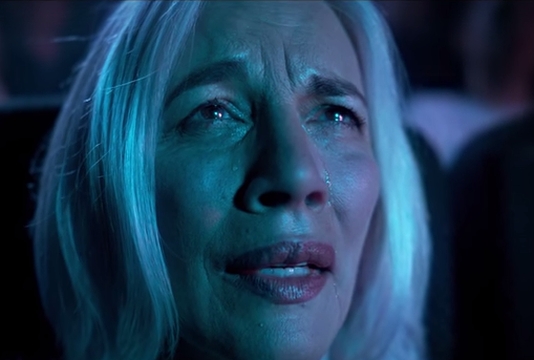 With a stellar line-up of film for the year ahead, Cineworld, the UK’s leading cinema chain, is today launching its biggest brand campaign in three years.

Aptly named The Unmissables, the campaign has been designed to remind consumers why they should never miss a film at the cinema again. Its purpose is to drive admissions through online bookings on cineworld.com through mycineworld and encourage even more consumers to sign up to its Unlimited card membership, which provides access to an unlimited number of films per month, any time any day.

Devised by creative agency, Arnold KLP who was appointed as Integrated Advertising Agency for Cineworld in early 2014 to develop the brand strategy and brand idea as well as campaigns to drive admissions and loyalty, the campaign reflects the multitude of emotions customers feel in the cinema.

As viewing behaviour has changed with more and more consumers watching content on small mobile screens, the initiative serves as a reminder to show there is no better way than watching a film on the big screen.

A broad range of digital and in-cinema communications have been created including a 90 second brand film with up and coming Director, Christopher Watson-Wood and Producer Amanda Jones, from production company Mad Ruffian. The films capture the array of emotions consumers feel when immersed in the cinematic experience at Cineworld.

Justin Skinner, Vice President of Marketing at Cineworld said: “We’re very much looking forward to an exciting year of film and launching our biggest brand campaign in three years, reminding our customers how great the cinema experience is.

“Cineworld is the only cinema chain to offer its customers an Unlimited card, which provides access to an unlimited number of films per month from just £16.40. With such a great line up of films for the year ahead, there’s never been a better time to visit the cinema and we look forward to welcoming even more members to the Unlimited card scheme.”