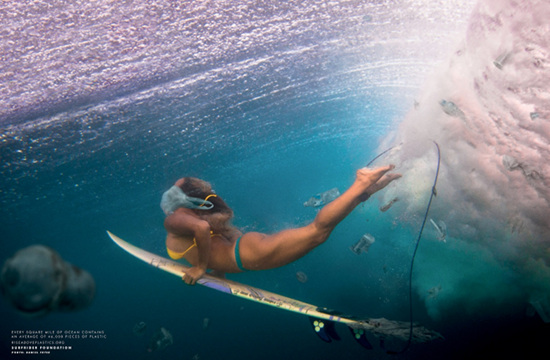 Arnold Furnace has created a new print campaign for the Surfrider Foundation, to generate awareness of the extent of plastic pollution in our oceans.

The Surfrider Foundation is a non-profit organisation dedicated to the protection of waves and beaches, with a growing network of branches and beach representatives nationwide, and over 50,000 members worldwide. 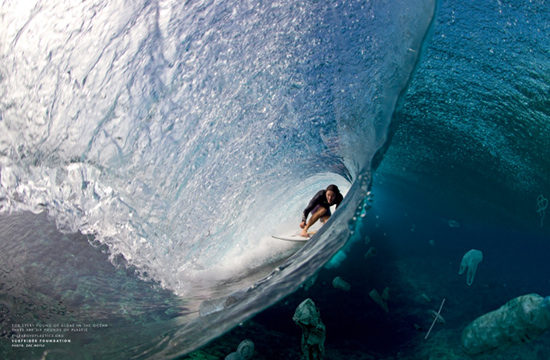 The scale of plastic pollution in the ocean is out of control with some truly frightening statistics.  The clean up operation would cost billions of dollars and take years as it is, but the problem is exacerbated by the fact that most of the pollution is in international waters with no country taking responsibility for it.  It's left to organizations like Surfrider to raise awareness of the issue so people can take action on an individual level.

Rather than do a typically graphic, hard-hitting campaign, Arnold Furnace wanted the power of the campaign to come through the subtly of the executions.  People are used to seeing - and enjoying - amazing surf shots and the agency's plan was to draw them into the ads by emulating those.  Only when they look a little closer do they see all is not well, which the facts then underline.

Says Tom Spicer, executive creative director, Arnold Furnace: "Steve and the gang at Cream have done a fantastic job. 100% of the debris in the water was created by Cream which is testament to their skill.They went the extra mile from the beginning, going out and photographing all manner of rubbish to get that authenticity before blending it into the shots so seamlessly.  It's great to work with such a talented bunch of people on such a worthwhile project." 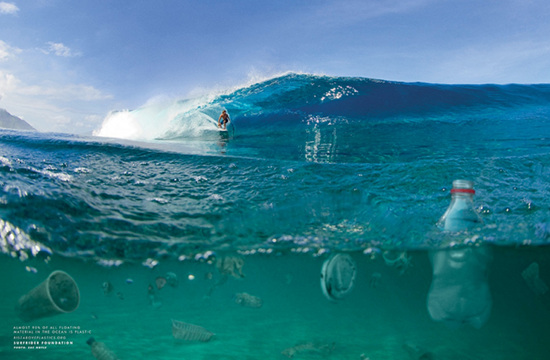 Says Brendan Donohoe, director of Surfrider Foundation: "Hats off to the crew at Arnold Furnace and Cream for this quality of message about the massive problem of ocean plastic impact. Not only does this campaign graphically, yet subtly, show the pure carelessness confronting wave and beach management, it cleverly pulls it back to the individual action that can create the change required.