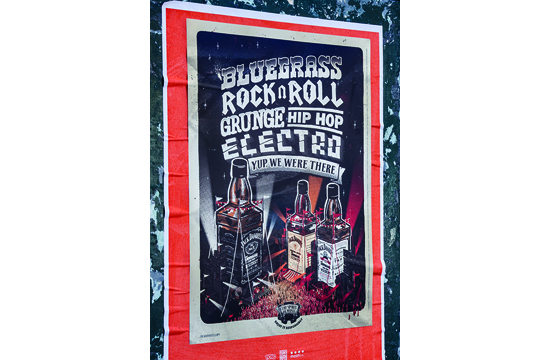 From Frank Sinatra, to Mick and Keith, Slash and even Ke$ha, Jack Daniel’s is synonymous with music.  Arnold Furnace has created a new campaign that champions this relationship and communicates the independent nature of the JD brand by emphasizing the real emotional connection it has with music.

The music posters created by the agency feature pithy headlines that relate to different Jack Daniel’s products.  Each poster draws on a different music genre to represent the different characters of the products and the specific audiences they’re aimed at.

Music poster illustrations brought the campaign to life with a different artist used for each execution to maintain authenticity.  True to the format the posters will avoid traditional poster sites and instead be flyposted around music festivals, down laneways and outside venues.  The campaign will be amplified via Spotify, bringing it to life in the same way people experience music today. 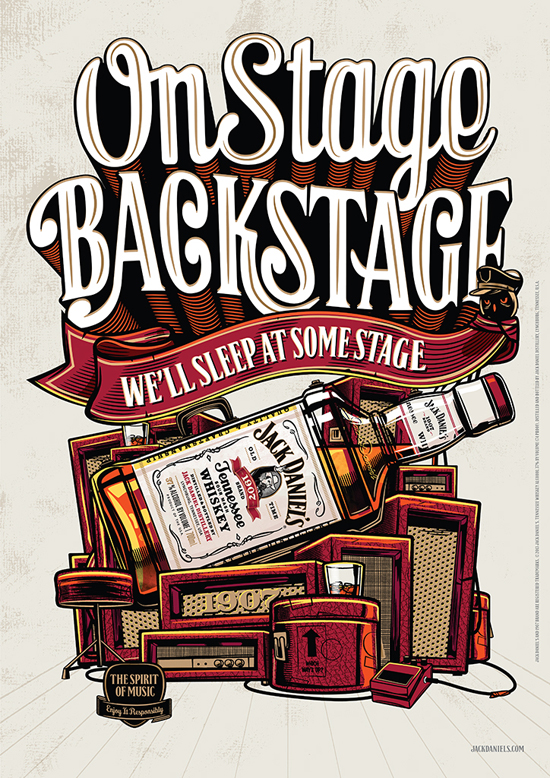 Tom Spicer, ECD Arnold Furnace said of the campaign, “What started out as a tricky range brief has produced an iconic campaign that heroes JD’s genuine relationship with music.  Jack is a brand built on authenticity so it’s particularly pleasing to see the poster element shunning the Adshel’s and being flyposted in all the ‘wrong places’, talking to real music fans.”

Nora-Kate O’Connell, Brown-Forman Brand Manager – Jack Daniel’s added,” Jack Daniel’s is an icon of independence and with a credible musical heritage has the ability to become an integral part of the music experiences which define 18-29 year olds.  Arnold Furnace have done a great job in bringing the brand’s credible connection with music to life using bold and authentic artists in a way that reflects the Jack Daniel’s brand values.  Each creative execution has allowed each one of the brands within the trademark to be brought to life in a manner that is unique to their personality, whilst overall holding the Jack Daniel’s spirit and attitude.”