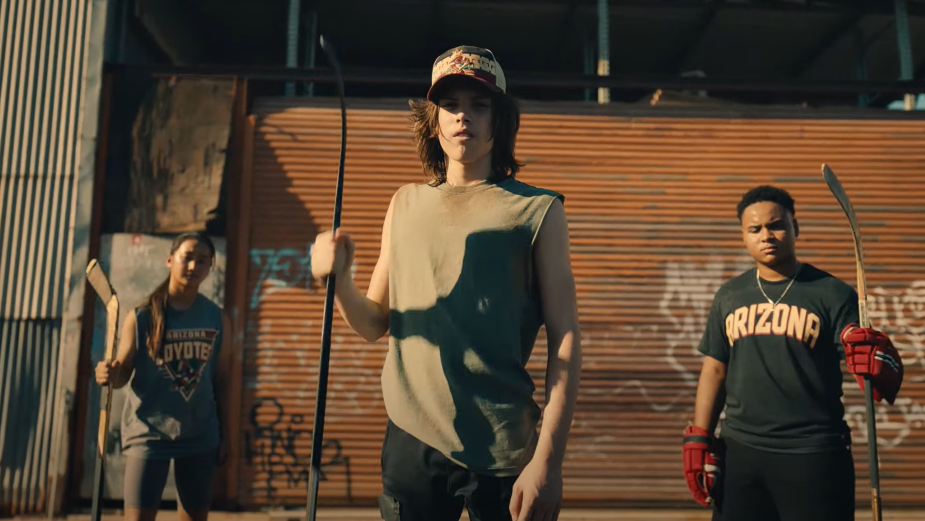 The Arizona Coyotes, an ice hockey team born and built in the least likely place for hockey to take root, is stepping into a new identity, celebrating their origins and inviting their state to reimagine what hockey fans and a hockey team can look like.

The new design and communication created in partnership with MullenLowe Los Angeles, celebrates diversity in a fresh approach that the NHL has not seen before. Real-life stories and diversity showcase what can make the game a more representative, dynamic and aspirational sport for communities that may have never imagined having hockey at their doorsteps. The campaign elements include several pieces of film, led by a visually arresting Anthem spot, OOH, paid digital partnerships with Spotify and Pinterest, an interactive AR filter for Instagram and in-game activations.

“From the outset, our mission for this rebrand was to capture and reflect the unapologetic energy emanating from the Valley each day. This organization is a living, breathing example of what it means to be genuinely modern with an authentically inclusive culture. By using the tools of our brand’s platform to elevate hyperlocal stories, we seek to invite the next generation of hockey fans across a universal spectrum, one truly representative of our region, into our Pack,” said Tania Moreno, SVP of Marketing at the Arizona Coyotes.

The idea came to life in film with a tribute to the people and the place. Shot on location across Arizona, it features real Arizonans from across the spectrum, bringing new and unexpected faces into the outward representation of the team and the brand. A love letter to all the Arizonans that already love hockey, and all the ones who don’t know they love it yet.

“Hockey’s future growth will be fueled by the deeply authentic relationships we are creating today within our increasingly diverse local communities,” said Kim Davis, the NHL’s Senior Executive Vice President of Social Impact, Growth, and Legislative Affairs.  “This anthem represents a shift occurring within the Coyotes’ organization – and the NHL more broadly – that challenges traditional models of doing business, and illustrates intentionality behind their outreach to new demographics by representing the multitude of faces, voices and perspectives within the brand.”

Directed by Tino of Love Boat Productions and photographed by Carmelo Varelo of Holyrad Studios in Arizona, the team’s beloved Kachina logo is brought back to the forefront with an authentic color palette that is informed directly from the natural landscapes of the state. The anthem film features Olympic Silver medalist and IIHF Gold medalist, Lyndsey Fry, along with a cast of real Arizona hockey fans and players of all stripes to shine a light on the Arizona hockey community's strength in diversity and acceptance.

“The work celebrates the next era for the sport of hockey in an unexpected and disarming way, with elements which are executed with the highest level of film and design craft. The creative strategy was birthed behind the ethos that the Coyotes play with, a winning culture versus winning hockey. We are excited to help bring to life this challenger brand that invites culture on and off the ice,” said Fabio Brigido, Head of Design at MullenLowe.

The Coyotes’ mission is to build the best team, for their community, fans and most importantly, future generations. The rebrand creates a bridge between community and the rink and opens doors to all who love the sport, and to the many more who may not even realize they love it, just yet.

The campaign is fundamentally built around the word “we”, driving home the message of inclusion and reinforcing the notion that this is hockey like we’ve never seen it. Hockey for all. Hockey the Coyotes way.