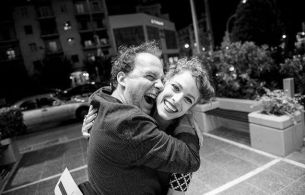 After receiving a Best Feature win at Edinburgh Film Festival, El Colony director Argyris Papadimitropoulos' film Suntan has been recommended for a nomination at the European Film Awards 2016.

In the film, a middle-aged doctor becomes obsessed with a young tourist when she lets him tag along with her group of hard partying friends.

Check out the film online here, and vote for it at the ArteKino Festival website.