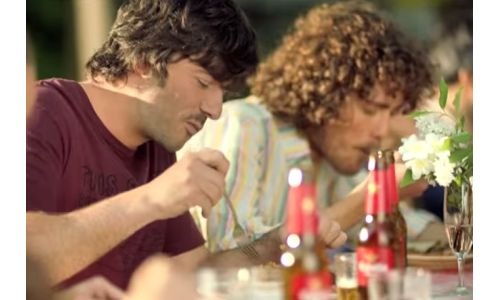 Estrella Damm is the 'authentic, imported Beer of Barcelona' distributed in the UK by Wells and Young's. The premium lager, developed by one of the leading family-run breweries in the Mediterranean, is the flagship beer of S.A. Damm, a prominent brewery in Barcelona. It is one of the oldest brands in the Mediterranean and is distributed across a number of countries, from Australia and the US to China and the UK.

Henry Daglish, MD at Arena, said: “Estrella Damm is the fastest growing premium lager in the UK. It’s a hugely popular product and our sponsorship and placement deal, as well as the wider integrated campaign, will ensure that by specifically targeting its core market via carefully planned media, the brand continues to retain its premium position in the UK.”

Genna Burchell, Brand Manager at Estrella Damm, added: “This is an intricately planned integrated campaign and we are really looking forward to engaging with our target audience across new platforms. The campaign perfectly communicates the Estrella Damm lifestyle – making the most of the summer and time spent with friends – and we are excited about introducing more people to Estrella Damm.”

Other elements of the integrated campaign include a Time Out wrap running on Tuesday 17 June and a Time Out content hub, which encompasses a guide to all things Mediterranean in London, links to Mediterranean restaurants and shops, and videos and interviews with top Mediterranean chefs.