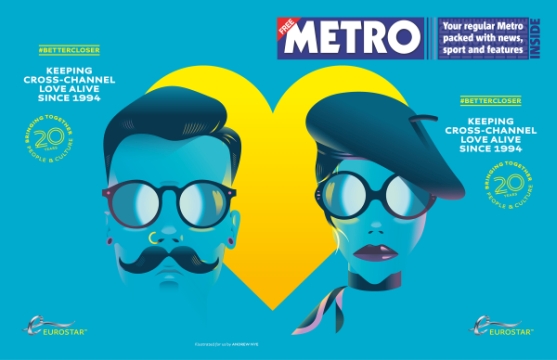 Eurostar is launching a brand new advertising campaign which celebrates 20 years of cultural exchange between the UK and the continent, ahead of its 20th anniversary on 14th November.

Titled #bettercloser, the anniversary campaign has been developed by The Clearing with media in the UK planned by Arena. Over the last few months, hundreds of travellers and employees have been asked for their view on what is better about being closer to London, Paris and Brussels. Their insights have been brought to life visually by four illustrators: Jean Jullien, Toni Halonen, Eili-Kaija Kuusniemi and Adrian Johnson. 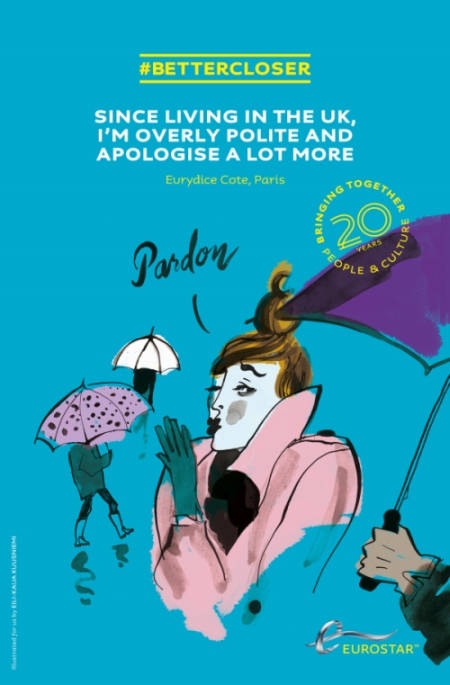 Between now and the 14th, consumers will be able to enjoy the campaign insights as artwork  adorns lampposts and London taxis. A Metro newspaper wrap will also be issued on Monday 10 November exclusively at Euston and Kings Cross St. Pancras, as part of a wider campaign running across OOH, social, and in the Eurostar arrivals and departures lounges in London, Paris  and Brussels. 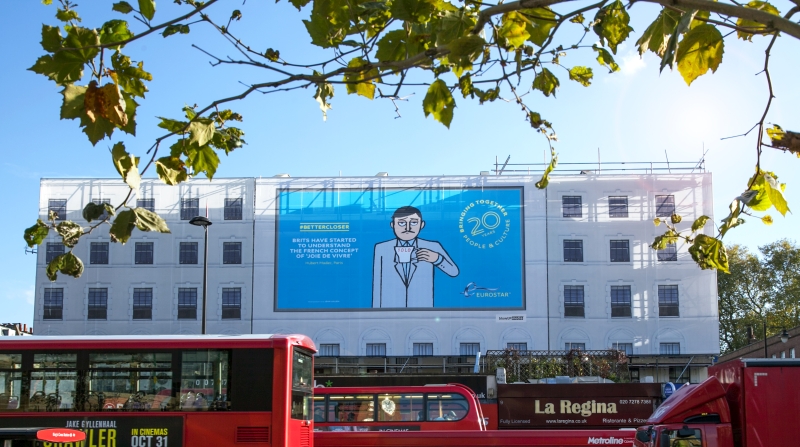 Lionel Benbassat, Head of Marketing and Brand at Eurostar, said: “Our 20th anniversary is a great occasion for us to celebrate the impact that Eurostar and its 145 million travellers have had over the past two decades.  This campaign is about what our customers think, not us as a brand, and is the result of a simple question we asked to hundreds of customers: “What’s better about being closer?”. Their answers form the basis for the creative of this campaign. In this case Eurostar is merely amplifying what our customers have told us, which is that we have brought people and culture closer together. That’s what Eurostar is about, inspiring real connections.” 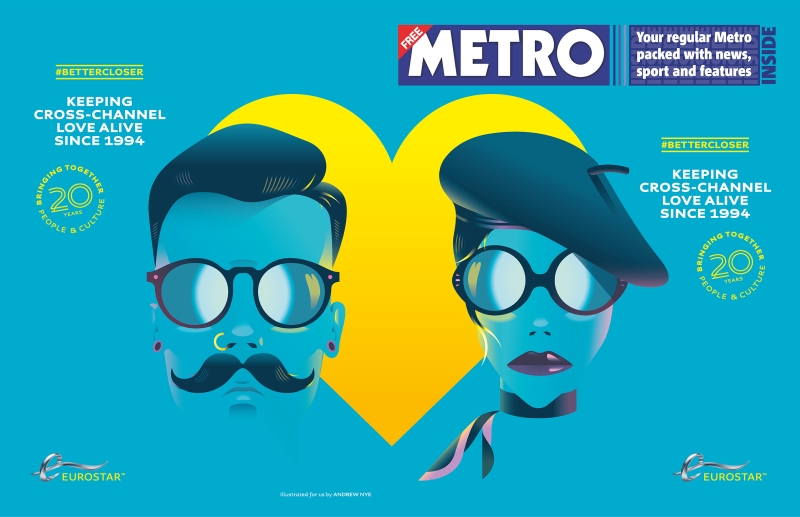 Peter Dewar, Director of Brand Language at The Clearing , said: “How does a business that’s grown to be one of the world’s most iconic travel brands celebrate its 20th anniversary without chest beating?  Our concept - #bettercloser – amplifies how travellers feel about the impact of Eurostar on their lives, celebrating the cultural influences and quirks of behaviour that have been shared between the UK, France and Belgium. Whether it’s Londoners now feeling awkward about ordering steak well done, or Parisians dressing more colourfully, Eurostar has accelerated all sorts of cultural change, making the three countries feel closer than ever.” 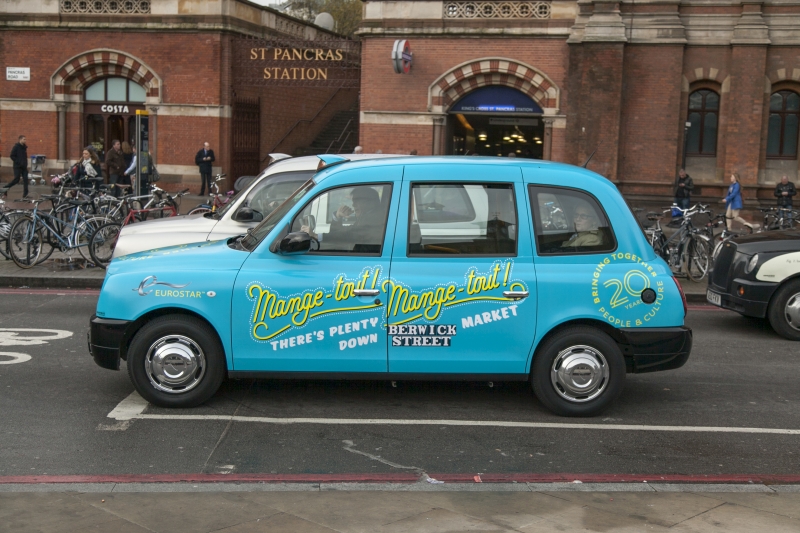 Beatrice Boue, Managing Partner at Arena, added:  “When marking Eurostar’s landmark 20 years we needed to do something special. This campaign is vibrant, exciting, and different. We wanted to dominate Kings Cross and with the proliferation Paid media sites so it was great to think outside the box, and be innovative with the ways in which we are placing paid media for this campaign, engaging customers and staff alike through owned and earned media too.”