Trends and Insight 515 Add to collection

Commentators found the 'Get Ready for Brexit' format all too tempting to resist, writes LBB's Addison Capper 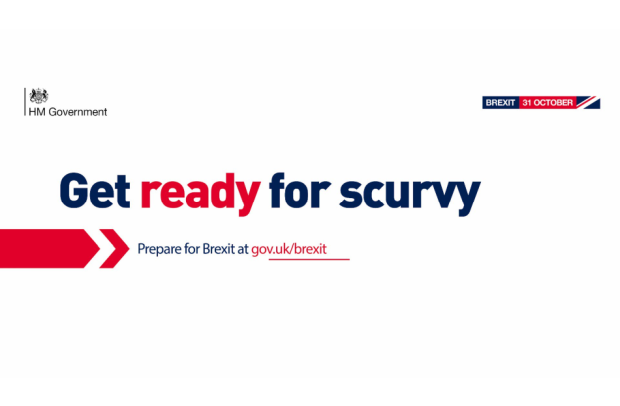 The UK government's £100 million Brexit campaign launched yesterday, encouraging the country's people to 'Get Ready' to leave the EU.
The campaign, which was created by Engine Group, is based upon research that revealed that only 50% of the population think it’s likely the UK will leave the EU on 31 October, 42% of small-to-medium sized businesses are unsure of how they can get ready and just 31% of the British public have looked for information on how to prepare for Brexit.
"The campaign will tackle this head on by setting out what all members of the public and business owners might need to do, if anything, to get ready to leave the EU on 31 October," says a press release on the government's website.
This first wave of the campaign point viewers to a page on the gov.uk website that's dedicated to Brexit. Visitors can fill in a questionnaire to determine what they need to do to "get ready for Brexit". For example, I plan on leaving this little island that I call home at some point after October 31st. I also may do that in a car. The UK Government has given me this list of things to do to "get ready".
The campaign has - unsurprisingly - been a lightning rod for the UK's Twitterati. Brexit is a tale of two competing narratives with No Deal Leavers touting freedom, riches and a roll-your-sleeves-up-and-get-on-with-it atittude, while Remainers and the more moderate 'Leavers' worry that 'no deal' will result in food and medecine shortages, an economic crash and unrest (as detailed in a leaked government document, Yellowhammer, which outlines no deal scenarios). What's more the campaign launch has come just a few days after the UK Prime Minister got sign off to suspend (or prorogue) parliament, triggering a wave of demonstrations around the country. The memes were inevitable. Check out a selection below.

The most bizarre thing about this is the implicit acknowledgement that it’s going to be profoundly disruptive. Nobody needs to ‘get ready’ for more prosperity and independence, which is all that the Brexit campaign ever promised. https://t.co/2Bg2vw2CGT

I suppose it's all very well making funny memes about tins of Spam, but at the end of the day we all stand to lose. How can we #GetReadyForBrexit when it's taking away our rights? This is why we must #StopTheCoup ⬇️ pic.twitter.com/9a4pwWmEF8

They liked it so much they put it on a billboard:#StopTheCoup pic.twitter.com/GqTXFd7kRf

You can't say they're not giving us useful nutritional advice. pic.twitter.com/jxriAzuUiU