Are We Seeing The End Of Gender?

Havas group releases results from its latest study of more than 12,000 adults in 32 countries 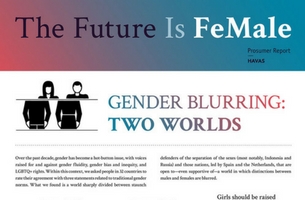 Gender is a hot-button issue in 2017, with gender-related controversies multiplying around the world. But will there come a time when gender is regarded as no more important than a person’s height, handedness, or hair color? Based on the findings of Havas Group’s recent survey of more than 12,000 people in 32 countries and the accompanying “The Future Is FeMale” report (downloadable here), a non-gendered future may be in the cards. 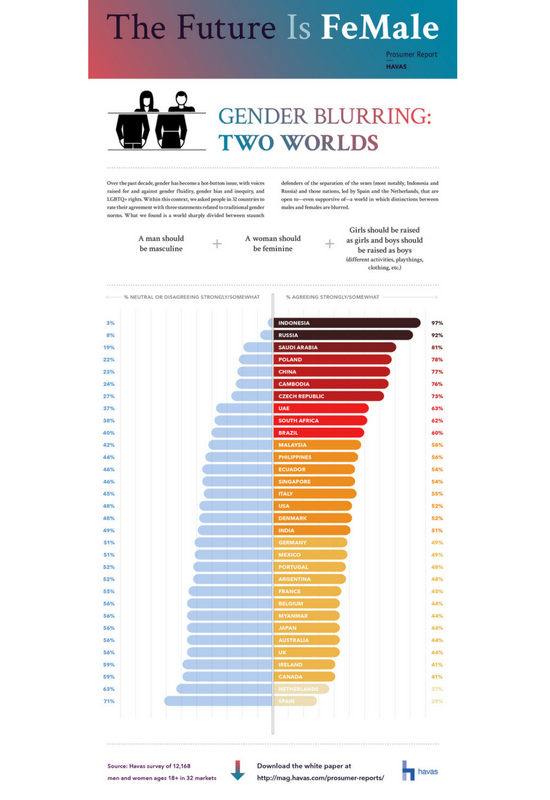 “The media is raging with arguments about pay gaps, harassment, sexploitation, rape culture, mansplaining, and manspreading, not to mention gender fluidity, transgender equality, gender-neutral language, and the place of women in Silicon Valley,” says Marianne Hurstel, Global Chief Strategy Officer. “Even so, to echo the late Martin Luther King, Jr., we see a trend toward a future in which people will be judged by the content of their character rather than the makeup of their chromosomes. And that future may not be terribly far off.”

The 32-nation survey, commissioned by the Havas Group and fielded by Market Probe International, sought to measure how far gender equality has come in an era when women in most parts of the world are able to do things once considered the province of men, including work outside the home, earn high school and college degrees, vote, own property, and hold elected office.

Key findings from “The Future Is FeMale” include:

You don’t have to identify as a feminist to support women’s equality. Less than a third of women (31%) and 17% of men surveyed consider themselves feminists, but it’s clear that the basic tenets of the women’s movement are now deeply ingrained in the public mindset. Strong majorities of those surveyed (84% of men and 91% of women) agree that men and women who do the same job should be paid the same. Only 5% of men and 3% of women disagreed. Moreover, both sexes were more likely to agree than disagree that the world would be a better place if more women were in positions of power. And a majority (52% of men and 64% of women) said they would like to see more women hold executive positions.

Men no longer rule the roost. We are a long way from true gender equality in the workplace and political sphere (nearly half our sample agreed that women today have rights but no real power), but things have progressed more rapidly on the home front, where men not too long ago were automatically considered “head of household.” Less than a third of men surveyed (31%) and a quarter of women (24%) agreed that male-female relationships work better when the man is the dominant partner. And just 30% of men and 26% of women believe relationships work better when the male earns more than his female partner.

Not everyone is on board the equality train. A third of men and nearly a quarter of women (23%) believe feminism had done more harm than good. This attitude is more prevalent in emerging (33%) than developed (24%) markets. Further, nearly a quarter of both men and women believe that women’s emancipation has caused men to fall behind. This may explain why 4 in 10 women (and 28% of men) say they’re seeing a lot more anger expressed toward women these days. This anger may be especially prevalent online: Agreement on this statement came from 35% of those who use social media, compared with 27% of those who don’t.

Gender distinctions are fading. Remember when boys were made of “snips and snails and puppy dogs’ tails” and girls were made of “sugar and spice and everything nice”? We may want to rethink that recipe. We gave our respondents a list of 25 important traits and attributes, and asked whether each one applies more to men, to women, or to the two sexes equally. Though there were some distinctions (both sexes agreed that men are more mechanical and women are more nurturing and sensitive), for the most part we saw a real overlap between the genders. For instance:

Perhaps even more surprising is our finding that barely half the global sample (55% of men and 54% of women) believe parenting comes more naturally to women than to men. That’s pretty astonishing given the long-held belief that women’s primary function was caring for children and home.

Many signs point to an agendered future. The very way we think about gender is changing. A majority of women (52%) and 44% of men surveyed agreed: “I do not believe in set genders; gender is fluid, and everyone can be what they feel they are.” And there is a clear push toward raising children in a nongendered way: 61% of women and 46% of men believe children should be raised in as gender neutral a way as possible so as to avoid rigid gender restrictions. (In comparison, 39% of women and 54% of men would prefer to see girls and boys raised with gender-specific clothing, toys, etc.) That attitude seems to apply to adults as well: In developed markets, barely half the sample (52%) believe “a man should be masculine,” and just 48% believe “a woman should be feminine.”

“The more men and women study, work, play, and socialise on equal terms in a world increasingly levelled by technology, the more we perceive—as our survey shows—how similar many of our qualities, interests, and goals are,” says Global Chief Strategy Officer Marianne Hurstel. “And the more we recognise these commonalities, the more likely we will be to think that our gender is just one aspect of who we are.” 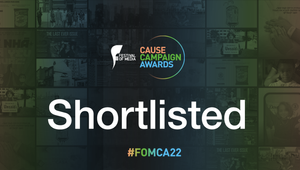 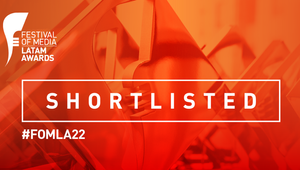 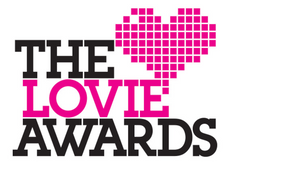