Are We All Losing Touch?

INFLUENCER: Tom Theys, EVP Global Strategy at FCB, and a 'Belgian in advertising', takes a poignant look at recent events in Brussels 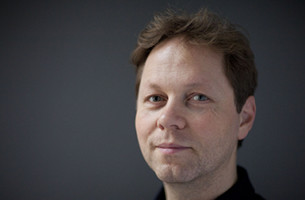 My usually peaceful home country of Belgium is going through a stressful period. The ministry recently raised the estimated terror threat level in Brussels to four. Underground transport was stopped. Locals were advised to stay in or, at least, avoid places where many people would gather. Business travellers were told not to come, a move that negatively impacted the Eurobest creative festival and, undoubtedly, many others.

Around this time of year, downtown Brussels should be a merry and peaceful place where holiday revellers gather, stroll around the ice rink and enjoy hot wine and pancakes with chocolate.

Instead there was an atmosphere of fear and a hushed anxiety – even though nothing bad had really happened in the capital – spreading across the country and all the way to the countryside, where I live. My children, aged seven and nine, asked my wife and I to stay home. We huddled together, under a blanket, safe in our own little shelter from the helter-skelter. It’s very human to seek comfort in a tiny space in scary times. Every now and then, we feel the need to cocoon together, all cuddly and comfy on the couch surrounded by pillows and plaids. As kids, when stormy weather was howling against our windows at night, we hid under the sheets. When it got worse, we’d go down to the kitchen and hide under the table.

American author Charles Bukowski captured this comfort in his 1982 semiautobiographical coming-of-age novel Ham on Rye. “The first thing I remember is being under something,” he wrote. “It was a table, I saw a table leg, I saw the legs of the people, and a portion of the tablecloth hanging down. It was dark under there, I liked being under there.”

In such moments, we’re not claustrophobic anymore. Like cats, many living beings enjoy moments of being wrapped, warm, confined and seemingly safe. Dutch biologist Midas Dekkers calls it thigmophilia, a word I’m not sure really exists but I know what he means. Human beings, just like animals, have an urge for touch. Lying in the arms of our loved ones under a blanket is, indeed, tangible bliss.

This kind of cover, of being ‘wrapped’, is something people instinctively recognise. When we receive refugees or victims of a disaster, the first thing we often do is hand out blankets. We do it to make sure they keep warm, and to make them feel secure. They feel safer wrapped in a blanket, even when distributed by a stranger.

It can’t be a surprise that touch and being touched has such a strong emotional effect. Touch is our most primitive sense. Organisms that have no other senses (like sponges) have a sense of touch. But touch is also the riskiest of the senses. It is one - another is taste - where tissue is at stake. Touching makes you vulnerable. Remember the first time you were in love? Hearing or seeing the object of your affection made your heart beat faster. But I’m sure nothing had the same electrifying effect as his or her hand accidentally touching yours.

Perhaps this rare combination of comfort and vulnerability is why touch is associated with trust. Sound and vision can be virtual, but touch makes things real.

Nowadays, I have the feeling we’re losing touch. People live in smaller households, with fewer family members to cuddle. When we spend an evening together, it’s harder to snuggle like before because each of us is typically clutching our own mobile device. With diseases like Ebola and avian flu, we are less likely than before to shake hands with strangers. Even the exchange of money when making a purchase is becoming less prevalent. Credit cards and mobile wallets are king.

As an ad man I feel it takes a certain amount of courage to think out loud in these strange times. If I could have even a fragment of a human truth in my working life, where the ultimate aim invariably is to get people to buy my product, I would think it is a job well done. As someone always curious about the human condition, I do wonder that, if touch is such a strong emotional lever in human lives, how do we deal with the loss of touch in modern-day transactions?

When scientists at the California Institute of Technology studied the brains of traders who successfully maneuvered through a market bubble, they found they had higher-than-normal activity in an area of the brain known as the insula, which keeps track of how the body is feeling1.  It’s known to be activated by financial risk. But the insular cortex is also believed to be associated with both the physiological and psychological effects evoked by touch. Studies have suggested that virtual stock traders show more deviant or high-risk behaviour than traders on a physical stock floor.

Brands therefore need to fully understand this human need of touch and the tactile experience. Simply having people touch, hold, or try on items seems to have an effect. A 2014 study from Point of Purchase Advertising International (POPAI) revealed that 66 per cent of observed ‘grabs’ led to a purchase2.  And a study from researchers at Boston College suggests that shopping online using a touchscreen device creates greater feelings of ownership than when using a keyboard and mouse. The suggestion is that simply touching the image of a product with your finger has a similar effect to touching the product itself3.

Apple, Nike and Nespresso are masters at the tactile experience. Even in a service industry, the thigmophilia reflex of people is very important, especially if you want to create a bond with customers and build loyalty and engagement. For products, the packaging plays a big role. Just like you feel happy when you see a cat enjoying the comfort of its box (one of the reasons we Belgians flooded #BrusselsLockdown with photos of our cats), you probably feel elated when you see how cosy and well wrapped your new iPhone lies in its warm and safe box.

It would be dangerous to discount the tangible human presence. E-commerce is invaluable, but it can’t replace the emotional aspects of touch. Nothing replaces an encouraging tap on the shoulder, the comforting arm of a friend, or the reassuring handshake of a business partner.

As brands find themselves, like humans, operating in a continually unsteady world, they need to show consumers that they can be trusted. Brands would be wise to wrap their arms around their customers. I know they’ll hug right back.