Are Stereotypes and Lack of Female Characters Turning Women Away from TV and Film?

Trends and Insight 712 Add to collection 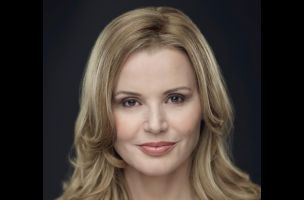 As the Oscars approach, research carried out by J. Walter Thompson and the Geena Davis Institute on Gender in Media shows that 85% of women said “sometimes I feel media and culture are blind to how much they stereotype women.”

66% said they have actively switched off films or TV shows if they felt they were negatively stereotyping them, while 1 in 4 women said that they had stopped watching a film/ TV show because there weren’t enough female characters, rising to nearly half (46%) of US Millennials.

In a survey of 1,000 women in the UK and US respondents also called for films to have better and more diverse representation, deliver better pay for women in Hollywood and said that the reel world needs to “catch up with” the real world.

Figures from the research, part of the Female Tribes “Women’s Index” study, showed that 51% of women in the US and 38% in the UK said that they make a point to watch a film, ad or TV show that presents a lot of female characters while 74% of US Millennials make a point of watching films / TV shows that have complex female characters.

It is also vital that those female characters have significant roles: 79% of US and 73% of UK respondents stated they strongly agreed they are “tired of seeing the attractive, ditsy female character.”

The research also highlighted the impact and influence of seeing women in diverse and powerful roles, underlining the philosophy of the Geena Davis Institute that “if she can see it, she can be it.”

· 67% US and 66% UK stated: “If we saw more women onscreen as scientists, it would be easier for women to become scientists.”

· 64% of both US and UK respondents said: “If we saw more women onscreen as politicians, it would be easier for women to become politicians.”

In fact, 84% also said that they wished they heard more about female achievements on a regular basis and less about the latest beauty or fashion trend.

Finally, the research shows that women want to see equal pay for female movie stars with 89% of US and 87% of UK respondents strongly agreeing that, “It sends a negative message to young girls/women when female actors don’t receive the same pay as men in their industry.”

Geena Davis, Founder and Chair, the Geena Davis Institute on Gender in Media said: “My Institute’s motto has always been ‘If She Can See It, She Can Be It.’ Media images can have a powerful influence on girls to inspire them to pursue certain careers by identifying with a great female character on TV or in a Film; boys will come to see women in these careers as the norm and not the exception.”

Rachel Pashley, Global Planner at J. Walter Thompson, said: “The film world or ‘reel world’ shapes our perception of the real world, informing our unconscious bias of what a leader, or a scientist looks like. The fact is, it’s out of step with women’s role and influence in society, literally serving up ‘fake news’ and making it even harder for women to progress. If we can see it, she can be it.

“Films like Hidden Figures not only challenge our perceptions of what a mathematician ‘should’ look like, they have demonstrable commercial success - positive proof that we want to hear these stories.” 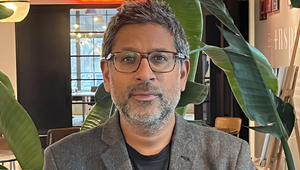