Trends and Insight 720 Add to collection

DDB's Kassaei looks to the future with LBB's Laura Swinton 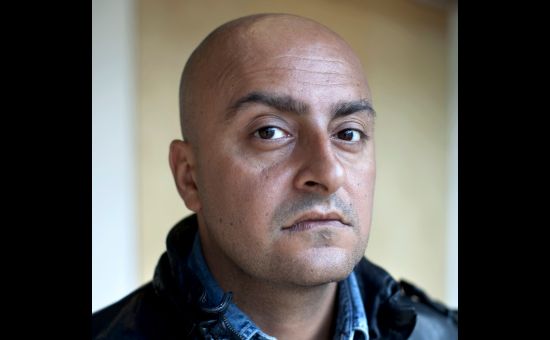 Storytelling is ‘bullshit’, big data is ‘like teenage sex’  (“everyone’s talking about it but nobody’s doing it right”) and award shows are encouraging distorted thinking (“No client in the whole world is giving briefs like ‘we want an idea that’s the best use of media in direct’. I’ve never heard a client ask that”). But of all advertising’s sacred cows it’s the media agencies that face being turned into mincemeat, predicts Amir Kassaei, DDB’s global Chief Creative Officer.

Thanks to technology companies, who are dominating data and tempting talent, Amir predicts that media agencies will find themselves somewhat lost in the digital wilderness. “The biggest threat is towards media agencies. They will die. Their business model is based on a 100-year-old way of doing things. Their biggest threat comes from the technology companies. I think they have to disrupt completely or maybe they will re-merge with the creative agencies.”

With no embedded culture of innovation, he argues, it is going to be particularly difficult for media agencies to adapt to the changing landscape. “They have to come up with something, but the problem is, if you’re a media agency, your focus is not creativity and innovation. You’re about Excel sheets and bidding and media buying. It will be tough for them to bring creativity and make it part of their system. I can imagine that in ten years, for example, OMD or PHD will be back in house as part of DDB or BBDO.”

But if media and creative are going to merge, might it not be the creative agencies that find themselves subsumed? “I don’t believe it will go the other way. At the end of the day you cannot replace the creative culture or the creative talent,” says Amir. “Maybe I am being too naïve. Algorithms can do a lot but they can’t be creative. The media agencies cannot survive on their own because their business model is under a lot of pressure. They have to do something so the holding companies maybe will come to the conclusion that maybe we should merge them back. We will see.”

Part of the problem is the misuse and abuse of ‘big data’. As yet, says Amir, no one has found a way to deploy the vast amounts of data collected on us in any kind of meaningful or insightful way. This is largely due to a disconnect between analysts and creative thinkers. “On one side you have the technology people who are generating all this data and who come from a scientific background but they don’t have any innovation in their approach. They’re not looking at this big bunch of data and seeing the human pattern. Nobody can do it. But I believe that there’s a golden opportunity for our industry to work with these people. We cannot make it on our own but if we are collaborating with them, with the goal to really generate the value of insight, there’s a big opportunity there.”

For a passionate chess player such as Amir, the limitations of purely rational thought are all too obvious. “I would say that it’s the only game that doesn’t involve luck. Every decision you make is a rational one. But the most amazing chess players in history are the creative ones. They can look beyond the rational, filter the rational, to do something magical. That is something we should do. We should use algorithms and data in a magical way that lets you use it in a way that lets you generate an insight that no one’s ever seen before.”

Media owners too are facing the squeeze. We may be familiar with the protracted death-wheezes of print and the much-predicted (but yet to materialise) demise of TV, but Amir suspects that even giants like Google will need to radically change to survive future technological shifts. According to him, improvements in predictive technology may eventually render search obsolete as the thought of a real-time stream of relevant information is not unthinkable. “If it is right that everything will be connected and there will be no online and offline anymore and every object that you can imagine will be part of this digital world, then you won't need to search. There will be no Google anymore,” he speculates.

“If you look at the business of Google, I believe 70 or 80 per cent of the business is still based on search. Is Google able to transform beyond search? I think they are trying, buying robotics firms and things like that. But every time they do something that is not part of their DNA, it’s crappy. Look at the smartphones they produce. They bought Android. That was not an idea from Google. They are genuinely amazing in search though.”

So how will creative agencies survive if even the likes of Google aren’t guaranteed to make it? For Amir, it’s all about focussing on their true purpose – to create value for clients by creating relevance. Agencies shouldn’t, he says, be distracted by buzzwords like storytelling (“it’s just one part of what we do”) from their true mission, which is to find solutions for clients and ensure that they remain relevant in an ever-evolving world. To thrive, creative agencies need to get better at showing clients how they add value. They may also have to rethink their own business model and change how ideas are monetized, for example by licensing them or selling them instead of charging by the hour. But unlike media agencies, creative agencies have always been about, well, creativity and innovation. So while Amir Kassaei isn’t confident about the long term future of media agencies, creative agencies might just make it.