The Influencers 795 Add to collection 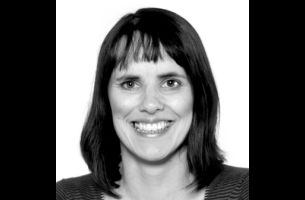 Over the last month it has been impossible to miss the Norwegian Airlines ad promoting one-way flights to LA (Brad Pitt’s single now by the way). For the moment let’s park the moral debate about capitalising on a couple’s sad news, because although Norwegian Airlines may have been first on this occasion, they certainly weren’t the only ones.

Trending on twitter and picked up by most of the national papers, the ad was also cited by Brand Learning as a nice example of ‘agile marketing’. Though this might not be a new approach, what was different about this tongue-in-cheek print ad was that it responded to the zeitgeist in a way that was part of an ongoing conversation everyone seemed to be having.

This hyper-responsive creative work captures our imagination in a singularly compelling way, yet as an industry we – and our clients – are still stuck, for the most part, in a campaign mindset.

Yet, even the word campaign feels anachronistic. Rooted in the language of the military, it implies we are waging a form of war on our target (ouch) audience.

So isn’t it about time we began to think - and talk - differently?

Because what we should be doing is building relationships with people (not targets), having conversations (not messaging the hell out of them) and connecting with people, not marketing or advertising at them. And ultimately, creating timely, relevant and contextual interactions.

Or in the words of Rob Reilly, Chairman at McCann: “Establishing a meaningful role in people’s lives beyond just a single campaign idea or execution is how successful global brands operate.”

Being part of existing conversations, rather than forcing your own agenda, is key to establishing this role. And this kind of contextual marketing can take many forms. You don’t have to wait for your ‘Oreo’s dunk in the dark’ moment, but being aware of what the people who matter to your brand care about and talk about is a good start. For instance the number of Instagram feeds, vlogs and blogs by dads about being a dad is on the rise and is testament to the fact that many fathers want to be actively involved in parenting. But rather than tapping into this shift, Huggies chose to create an ad campaign showing that their nappies can cope with the neglect and inattention of hapless dads. No prizes for guessing how that was received.

The backlash was so severe that it prompted a full-time stay-at-home father to create the petition "We’re Dads, Huggies. Not Dummies." Proof that not all publicity is good publicity

Unsurprisingly, Huggies eventually removed the ads. But what a missed opportunity. Instead of alienating the people who might have bought their product, they could have been part of a conversation that showed that Huggies genuinely understood their world; what it’s like to be a dad to girls (@father_of_daughters); the challenges stay-at-home-dads might face as the only father at toddler groups; or why there aren’t baby changing facilities in men’s toilets.

Whilst bad publicity is certainly not what anyone wants, being totally ignored can be just as much of a problem.

Recent findings from the Kantar ‘Connected Life’ report make for sobering reading: more than a quarter of internet users around the world say they "actively ignore" social posts or content from brands, while 34% say they feel "constantly followed" by online advertising.

Obviously that’s not good news for brands or agencies. But it’s also part of our wake-up call as an industry to drop the ‘campaign’ thinking. Instead we need to focus on helping brands to have a clearly defined purpose that builds trust, interest and meaningful interactions with the people (not ‘the targets’) who matter to them most. And let’s do it in a way that’s relevant to what’s happening right now in those people’s lives (or in the lives of the celebrities that we’re endlessly fascinated by).

Who knows, perhaps when this shift in focus starts to pay off, we might even have enough left over to invest in a bargain flight to LA.