Are Brands Powerful Enough To Make The Internet Great Again?

Global marketing and technology agency, DigitasLBi has announced the theme of its annual NewFront event on 29th September 2017 as ‘Make the Internet Great Again’. 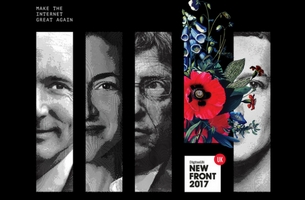 NewFront is the opening event of the IAB Digital Upfront series, the annual showcase of thought leadership from the UK’s leading digital and technology companies, content creators and media owners including Google, Facebook and Twitter.

This year’s NewFront will be hosted by DigitasLBi’s UK CEO, Michael Islip and features guest speakers including:

Holly Brockwell, Founder of Gadgette, tech journalist and one of the 100 Coolest Women in Tech according to Business Insider

With fake news, online extremism, trolls and the spectre of a jobless future where the robots run the asylum, the web seems to have been hijacked. Tech giants are changing the future for brands and those working as marketers, with their control of data giving them enormous power.

Speakers at NewFront 2017 will try and answer the big questions about the future of the internet and how we can work together to make it great again. How do we regulate the tech giants? Does the government need to step in to tame their power? How can brands collaborate with the tech-corps?

Michael Islip, CEO, DigitasLBi UK, commented: “Since 2014, we’ve hosted some of the most inspiring industry leaders, disruptors and cultural influencers at NewFront. Our goal is to get everyone working in marketing and technology inspired and involved in making the internet great again, by transforming their approach to data and digital to make their brands count. This year’s NewFront looks set to be our best yet.”