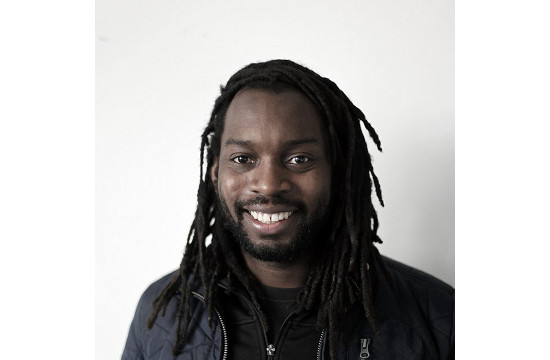 It’s fair to say that Kibwe Tavares had a good time at Cannes Lions 2014. Not only was his short film ‘Jonah’ featured in the Saatchi & Saatchi New Directors’ Showcase, but it also bagged him the first prize in Short Film, the Jury's Special Award and the Audience Award at the Young Director Award. The young British director told LBB’s Addison Capper how Hemingway inspired ‘Jonah’, why it was important to look to the past as well as the future, and how his know-how in architecture and engineering channels perfectly into a filmmaking career.

KT> The inspiration for Jonah came from a good friend telling me to read Hemmingway’s ‘The Old Man And The Sea’. I thought the story was genius, simple and engaging. The problem was I had no connection with Cuba (where The Old Man And The Sea is set), and I also wanted to tell a new story, so I drew upon my own experiences and travels. I had recently been on a three month trip around Eastern Africa and spent time on the coast in small fishing villages in Lamu, Pate Island and Zanzibar. These places all seemed on the cusp of changing from the traditional industry of fishing to tourism. In Lamu we were looked after by a group of ‘beach boys’ who operated as informal tour guides. They took us on trips, dhow boat racing, donkey races, fishing, drinking. These guys were who I eventually based my main characters on.

LBB> And can you tell us a bit about the narrative and what it symbolises?

KT> For me the narrative symbolises change. We see our protagonist change, we see Zanzibar change and we see the fish change. I think that change is inevitable and I didn’t want to be didactic about whether that change is good or bad. I want to be more reflective and hopefully make the audience think about what we lose and gain with change.

LBB> You say that it's a story about the links and distances between the old and the new. Why were those topics important for you to explore?

KT> I think it was important for this story to look at the old and the new. I think the 'new' in Zanzibar seemed to be conflicting with the 'old' on many differently levels – culturally, generationally, socially and even physically. From the perspective an outsider looking in, the difference between old and new was quite clear – that really interested me. And I like to be specific about a location or a place when I am developing the narratives I work with, so that was important for me.

LBB> You also said that "it tells an old story in a completely new way". What did you mean by that and what kind of techniques did you use to achieve it?

KT> In some ways this was more of a technical comment. I wanted to use cutting edge techniques as story telling devices to engage a wide, diverse audience.

LBB> Where was the film shot and how long was the shoot?

KT> We shot on location in Zanzibar, Tanzania. We were there for a two-and-a-half weeks. We had just under a week prep and 10 days shooting – five on land, two on a boat and three under a boat.

LBB> You're also a trained architect and engineer. Where did you learn those crafts and how do you channel them into your work as a director?

KT> Training as an architect and engineer meant that I learnt how to solve problems and breakdown massive tasks into smaller more manageable ones. For me directing is like that. You have a film and the vision of what you want the final thing to be and then you need to break it down into manageable tasks. You collaborate with people who are way more talented than you to do this, and your job is trying to steer them to match that vision. As I develop as a director I’m finding that there are so many transferable skills – it surprises me sometimes.

LBB> You were featured on the New Directors' Showcase and picked up the first prize in Short Film, Jury's Special Award and the Audience Award at the Young Director Award. Congratulations! Tell us how that all made you feel…

KT> Pretty fucking good! Hopefully it will give me the confidence and opportunities to keep trying to tell stories that I think are important. It’s a real honour to be recognised.

LBB> After all that - what do the next twelve months hold for you?

KT> I’m working with a new digital arts funding body called The Space on a new commission – we are hopefully filming in the next few weeks. I'm working closely with Film4 and Pathé, and different UK production companies including Cloud Eight, DMC, RAW and Nexus, developing feature films.

As I’m starting out in my commercial career I’m really hoping that these wonderful accolades I’ve received will give me the exposure that will allow me to see and work on some really interesting scripts. I am excited about the next twelve months and all the possible projects that will happen.