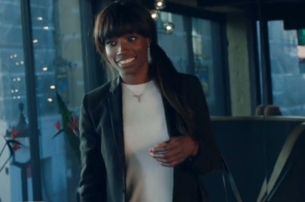 The first follows Luis inside Heathrow as he describes the process of becoming a great architect, and how Vodafone's 4G allows him to be more inspirational & proactive in generating new ideas and designs.

The second stars Lorraine Pascale as she journeys around Soho, sharing her experiences and content with her large audience through 4G.