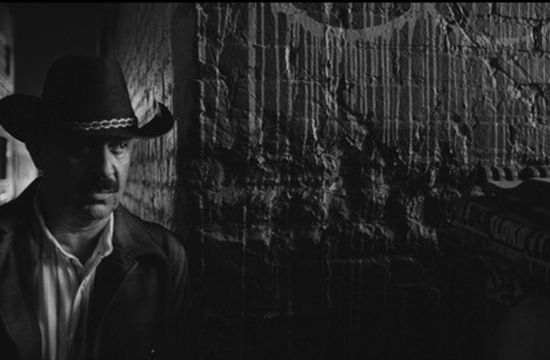 For Arcade Fires new release the Montreal band commissioned "Afterlife," a film directed by Emily Kai Bock and produced by The Creators Project (a partnership between Intel and VICE). The film is a captivating seven-minute plus journey through nightmares, lost lovers, and familial bonds and has been touted by Huffington Post as more captivating than many of this years feature films. The dreamy, moody and captivating film was shot on 65mm and 35mm by DP Evan Prosofsky and Cinelicious proudly contributed to this unique cinematic force by providing film scanning, color services and 4k mastering.

According to DP Evan Prosofsky, "Emily and I wanted to make something that emphasized the narrative aspects of the music video by making the film look as cinematic as possible. For me, that meant shooting mainly on 35mm film motion picture film, and utilizing 65mm for certain moments. My hope was that giving the viewer the highest resolution imagery possible would ground the film in reality and avoid the cliche of grainy, sepia-toned dream imagery."

"A huge part of us achieving that high quality," he continues, "was working with Paul and his amazing team at Cinelicious. They have some of the highest quality film scanners in the world, and being able to scan our film in real time and color grade as we went was incredibly helpful for meeting our deadline, and a really fun way to work. I've always been inspired by people who haven't given up on film, and I sensed a genuine love of the medium and a dedication to high quality at Cinelicious."

Paul Korver, Cinelicious founder and film fanatic adds, "Evan and Emily came to us and wanted to shoot a video on 35mm and 65mm. We love working with creatives that are just going for 'good enough' but are dedicated reaching for the stars with their images and there's no digital camera in the world that can touch a high resolution scan of 65mm viewed on a 4K display. It's really rare to see 65mm used in anything but huge budget features, so it was refreshing to try to make large format film work for a creative, short-form project."

"The 35mm was scanned HDR on our Scanity and we supervised the 65mm selects scanning process with Andrew Oran at Fotokem, with final color by award winning colorist Robert Curreri in our 4K theater."

A 4K master is yet-to-be released but Cinelicious has one available for 4K/UltraHD Television distribution.