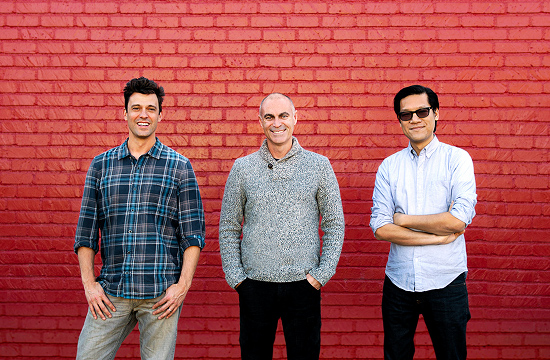 To-date, Timber has already been responsible for design and digital post production work on many well-received campaigns, including Hyundai Genesis’ “Dad's Sixth Sense” Super Bowl spot, where they worked closely with director Frank Todaro to shoot the highly controlled situations and the rigging that bought them to life. Timber also handled CG and finishing for the recent series of Old Spice web films out of Wieden+Kennedy featuring Old Spice Guy Isaiah Mustafa staging interventions for men making bad online decisions. Timber also did the design and visual effects for Bank of America, U2 and RED’s Super Bowl spot and the corresponding music video. All of these projects were edited at Arcade Edit.

Creative Directors Jonah Hall and Kevin Lau, who between them have worked at some of the industry’s top VFX and design firms, will take the creative helm at Timber. As a Visual Effects Supervisor and Creative Director, Hall honed his skills at the likes of Digital Domain, Mirada and Asylum before setting up Timber. His accolades include winning MOFILM’s 2009 ‘Make an Ad’ competition with a spot for Visa, while his work on NBC project Mockingbird Lane garnered a VES nomination for Outstanding Visual Effects in 2012. Lau, meanwhile, earned his stripes as a Designer and Creative Director at Brand New School, Superfad and Motion Theory amongst others, and his work with TBWA\Chiat\Day for Sony PlayStation Unleashed is part of the permanent collection at MoMA. In addition, Lau’s campaign for Sprint’s Now Network with Goodby was honored with a Cannes Gold Lion, and his work has been featured in many design books and annuals.

“Timber's launch will do much, much more than significantly add to the post production services that Arcade already offers clients," says Damian Stevens, Partner and Managing Director of Arcade Edit. “Both Jonah and Kevin come from a background in collaboration and are able to work with clients and directors from previsualization and design all the way to vfx and post production.”

The team at Timber will combine their wide-ranging expertise, from design to illustration and visual effects to music, to offer creative solutions at all stages of the commercial production process. Timber will also work closely with Arcade Edit to integrate the storytelling process and give clients an all-in-one studio experience. Focusing on a team approach rather than operating as separate divisions, the two entities will compliment and aid each other’s creative processes by sharing not just a physical workspace, but also conversations and ideas.

"We are very excited to be teaming up with a brand as respected as Arcade Edit, who offer world class creative and client services,” says Lau. “In a market where time is of the essence, the ability to offer offline and online together with effects will streamline the creation process and create a friction-free environment where creative is not weighed down by production hang-ups. The combined team will be able to offer a full host of services to our clients that the two companies could not do individually."

The decision to open Timber now has come as a response to the changing industry climate, explains Hall: “The industry has been through a rough four years and the choices for digital production have thinned considerably. As we all climb back up together there’s a growing need for what we can offer. We’re always listening to the market and to our clients and trying to find ways to help them more. Now we can.”

Arcade Edit is expanding its Los Angeles home to house Timber, and the new division will collaborate with agencies, directors and other clients from across the country.