Dean and Paiva strengthen Arcade Edit's team across the U.S 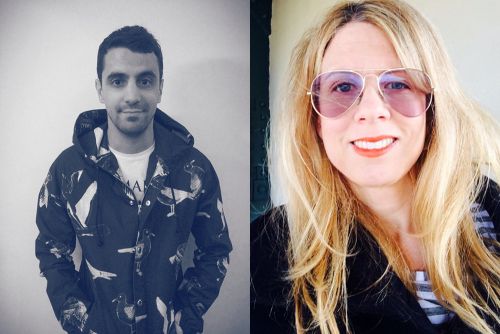 Arcade Edit has strengthened its team with the addition of editors Jen Dean and Mark Paiva. Both editors will be based out of Arcade's New York office, with their talents being available to clients across the U.S.

Dean, a Texan who loves telling stories through film, is an adept visual storyteller who skillfully weaves together emotional and often music-driven spots. She honed her skills at Whitehouse Post before joining Arcade, editing award-winning spots there since 2011 for big brands including Google, New York Times, Cotton, BMW, TJ Maxx and Sprint. Dean began her commercial career working for film editor Hank Corwin (Natural Born Killers, Tree of Life) at Lost Planet, where she spent 12 years and worked her way up from apprentice to editor. It proved to be an invaluable experience for her. It was at the University of Colorado, however, that Dean originally discovered her love of film, studying under legendary experimental filmmaker Stan Brakhage.

Paiva has over 10 years of experience as an editor and a knack for producing one-of-a-kind work that catches the eye of agencies and directors from around the globe.​ ​In the last year alone he's worked with many renowned agencies including 180 Amsterdam, Droga5, The Corner and several Wieden+Kennedy offices all across North America and Europe. In 2009 he helped found Poster Boy Edit, which, this year, he merged with Toronto-based Saints Editorial, of which he is a founding member. Paiva's expertise in visual storytelling and visual effects, as well as his musicality, are apparent throughout every project he touches. He was recently honored with the 2013 Craft Award for editing at The Bessies​.​

“Mark is able to visualize the possibilities of a project from the early stages of pre-production to the finished product, and his collaborative nature has attracted a large client base that looks forward to sitting with him in an editing suite and exploring new creative solutions," says Sila Soyer, Partner and Executive Producer, Arcade Edit. "Jen is a natural fit for Arcade. She has a fantastic ability to craft compelling visual stories that engage viewers with poignant emotional resonance. Their respective talents are a valuable addition to Arcade Edit."