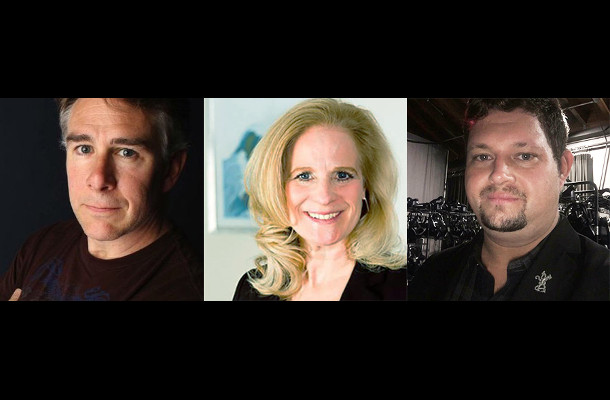 John Canning is an Executive Producer for VR, AR, and Interactive at Digital Domain, which creates visual effects for feature films including most recently Avengers: Infinity War. They also create visuals for advertising, games, training, and immersive content, including their own original content. Prior to Digital Domain, John was the VP of Interactive Experiences for NBCUniversal. As Chief Advisor, John will foster connections between ARwall principals and the production industry, leveraging his immense knowledge and longstanding career to suggest key contacts, events and work opportunities to the company.

Allison is a recognised expert in digital media and a longtime champion of interactivity, specialising in accelerating early-stage ventures. As CEO of the non-profit ITV Alliance, Dollar has built a community representing leading Fortune 1000 corporations in interactive television, spanning advertising, programming, technology, and distribution. A broadcast expert, Allison Dollar advises on topics and business decisions pertaining to events, television projects and more, with connections across the tech and entertainment industry’s top events and conferences, among others.

Raymond is a veteran of Silicon Valley and Hollywood, focusing on how immersive technology will shape the future of storytelling. Raymond has held notable positions at Apple, Facebook, and Oculus. In 2014 he travelled the world providing over 1M initial impressions with the Oculus Rift. Since then he has guided startups and deployed immersive technology for organisations including TED, GE, Sundance, and Hulu. Raymond Mosco brings his lead generation know-how to ARwall, using his abundant knowledge in immersive tech and startup business savvy to continue to promote the company for the most influential audiences and potential clients.

Sue has over 17 years of experience in Finance including M&A, Financial Planning and Analysis, Business Strategy and Budget. Most recently, she served as a head of finance in the global licensing division at Playboy. Prior to that, she was in various finance and strategic planning roles from Freedom Communications, Walt Disney, and LG Mobile.

She earned her MBA from Illinois Institute of Technology.

Heather is a multifaceted artist and veteran video game developer with over 16 years of experience in the entertainment industry. As the Art Director at game developer VC Mobile Entertainment, she leverages her wide range of skills to oversee the entire visual production of game development and marketing. She has extensive experience working on AAA titles and demonstrates strong leadership skills with outstanding artistic and technical direction.

The signings come following the NBCUniversal television show Nightflyers, which premiered in December. ARwall's contributions to the pilot episode mark the industry's inaugural use of AR for final VFX shots. Sourcing talent from commercial production game design and beyond, ARwall continues to deliver large-scale augmented reality “illusions” through their proprietary AR3D and ARwall Effects System technology, increasing their project output in both films and branded entertainment.