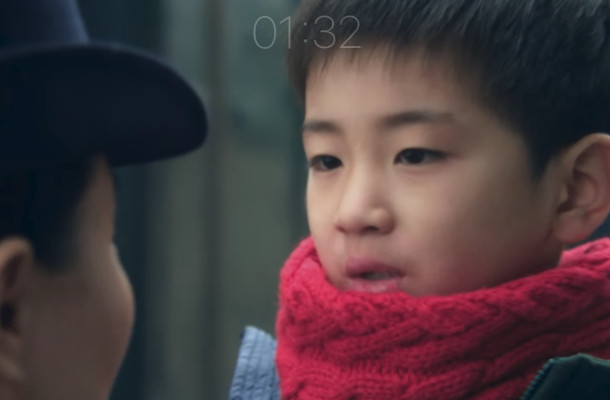 To coincide with the festivities of the Chinese New Year, Apple have released a poignant short film showcasing the power of their iPhone X.
The holiday season for the lunar new year holiday season starts on February 16th in China. The US tech giant is relying on iPhone X sales during the season, as Apple have lost market share in the world’s biggest market in recent years.
The film, called ‘Three Minutes,’ was shot by Hong Kong director Peter Chan, one of the most notable feature filmmakers in China.
Based on a true story, it focuses in on a mother whose job puts her in charge of express train from subtropical Nanning in the south to Harbin in the frozen north east. It’s one of the longest train journeys in China - a six-day trip.
Having been on duty during Chinese New Year for many years she hardly gets to celebrate with her son Ding, so her sister takes care of him. This year her sister has decided to bring Ding to the train station as his mother passes, giving them the three-minute window to see each other that the film dramatically focuses on. What results is one of the most emotional stories about times tables that you’re likely to encounter.
Clocking in at around seven minutes - the length the director decided was right for the story after Apple gave him significant creative free rein - it’s a moving piece of storytelling, far from a ‘traditional’ ad. And perhaps most notably, there’s not a phone in sight. It’s not showing off the phone itself; it’s just a beautiful example of the art you can create with one. In fact, the film is accompanied by a website including cinematography tips and behind-the-scenes footage, in case anyone is inspired to tell their own stories with an iPhone X having seen it.
The story touches on several key themes of Chinese New Year. As one of the world’s most celebrated festivals, it causes the largest human migration in the world each year, as hundreds of millions of people travel to spend time with family. The rail network is vital to this, so the sentiment of this film, celebrating those who work through the holiday to help travellers, is one that chimes with people’s experiences.
view more - Creative