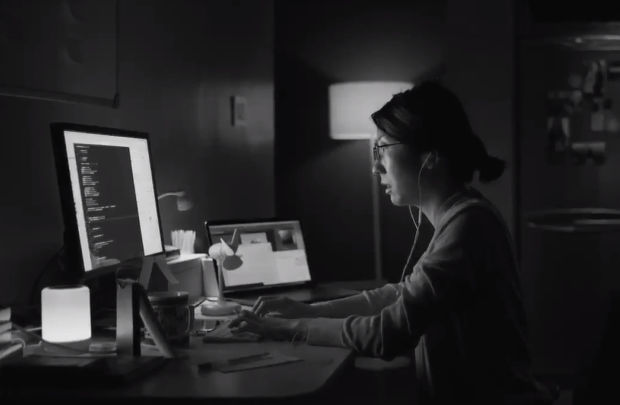 The Worldwide Developers Conference 2019 kicked off with the tribute to Apple’s developers entitled 'Goodnight Developers,' directed by Derek Cianfrance and produced by RadicalMedia. The annual week-long event unites developers around the world with Apple engineers to inspire the next wave of visionary app developments.

Derek Cianfrance’s film noir features real developers toiling away all hours of the night to create something wonderful. Seen through the all-too-familiar tired eyes, weak lighting and exhausted faces hard at work behind their computers, this short film captures the commitment it takes to endure the late nights, early mornings, and frustrating roadblocks needed for those invigorating triumphs.

The poetic two-minute film reminds us that “while the rest of us sleep, developers are the ones dreaming to make the impossible possible.”

Derek Cianfrance, director of The Light Between Oceans and Blue Valentine, is represented by Radical Media. Find his reel here.