ApolloNation and Huckleberry Launch ‘Eye on the Champs’ 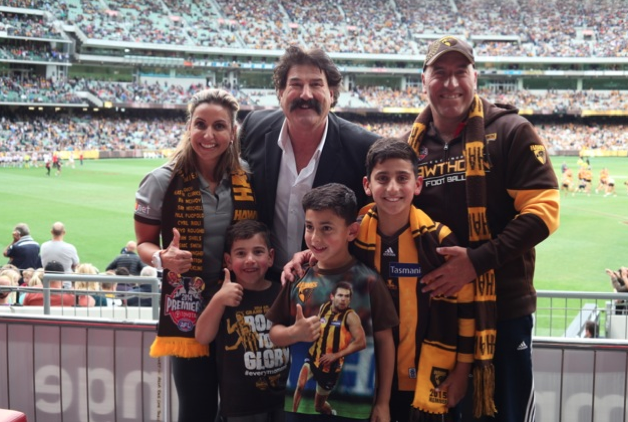 Brand activations and shopper marketing agency ApolloNation has joined with agency Huckleberry to develop ‘Eye on the Champs’, a campaign to support iiNet’s sponsorship of the Hawthorn Football Club for the 2015 AFL season.

‘Eye on the Champs’ launched last week with activation on the MCG in the First Round blockbuster clash between Hawthorn and Geelong in front of a crowd of over 70,000 fans.

Six giant banners were unveiled on the ground, connected together to show a fan and a player, linked by the iiNet Eye on the Champs slogan and website link. Fireworks, a DJ and special effects added to the spectacle, with spectators encouraged to head to a specialist microsite to find out more about the campaign. 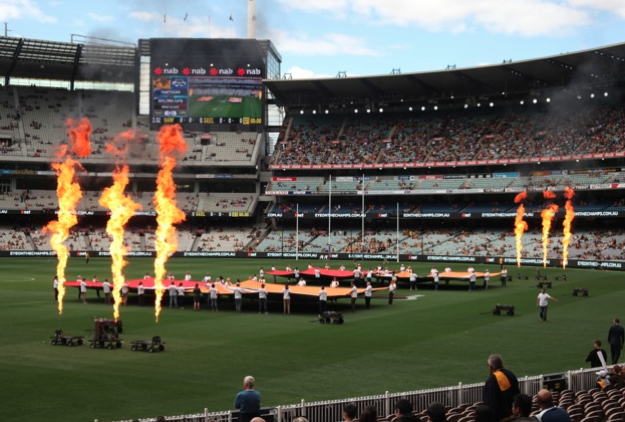 Following the launch, ‘Eye on the Champs’ will see a series of seven branded episodes seeded out across the AFL season, featuring past and present Hawthorn idols such as Josh Gibson introducing their passions off the field and offering fans a new connection with their idols.

The episodes have been produced by ApolloNation’s sister agency, Huckleberry, who also built the microsite. Fans can sign up to the microsite to receive notifications when new content is released and to go into the draw to win one of seven signed Hawthorn guernseys.

The release of content throughout the season will be supported by a teaser campaign on social media, with fans encouraged to use the hashtag #playlikeachamp to share their passions with the Hawks and iiNet community.

Alicia Phillis, marketing manager - sponsorship at iiNet said, “iiNet is passionate about connecting fans with what they love most, which in this case is their Hawks champions. This campaign demonstrates our commitment to improving the fan experience and, together with ApolloNation, we’ve developed a number of activities that take our sponsorship with the Hawks to the next level.”

John McKay, general manager of ApolloNation Melbourne said, “iiNet really challenged us to push the boundaries and take their sponsorship into new spaces this year, and I think we’re on a winner with this strategy. The great thing about this campaign is that whilst it starts with owned content we’ve developed with Huckleberry, the legacy will be in the fan-generated content and there is plenty for us to build on throughout the season and beyond.”

The iiNet Champions Lounge will also launch at the MCG as part of the campaign, with fans given the chance to win a fully catered day in the lounge, hosted by a Hawks champ by getting snapped using their iiNet branded thundersticks at Hawthorn home games. In Round 1, the lounge was hosted by Hawthorn great Robert ‘Dipper’ Dipierdomenico.

This is the fourth year that ApolloNation has worked with iiNet to leverage the sponsorship of the Hawthorn Football Club.