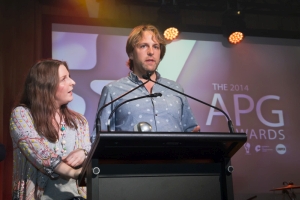 AJF Partnership’s Brigitte Bayard and Pieter-Paul von Weiler have been awarded the Grand Prix at this year’s APG Creative Strategy Awards for their work on the Australian National Preventive Health Agency campaign, ‘How Suffering Made People Quit’. The winning case – which also took out the Grand Effie at this year’s dedicated effectiveness awards – also scored the pair Gold and the special prize for Best Insight/Input.

Five Silver awards were presented in addition to a total of five special prizes, while Strategic Agency of the Year was awarded to The Monkeys. 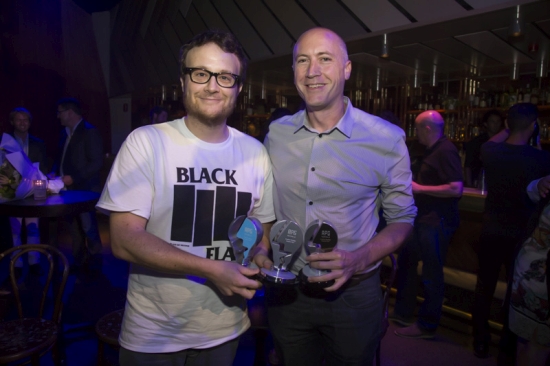 Chairman of Judges, Mike Daniels, said: “I think you will see, in each of the campaigns receiving awards this evening, that the efforts of the planners have been successfully directed at changing the way we look at things in their pursuit of getting the work right. Right to solve the problem. Right to change behaviour.”

APG Chair, Russ Mitchinson, said: “It has been a strong year for the Strategy community in Australia. We’ve seen a fresh approach to Cannes with our showcase of unexpected thinking from this year’s festival, the sharing of disruptive ideas from our ‘underground’ Breakfast Club, and last night’s celebration and recognition of strategic thinking leading to great creative work, at our Creative Strategy Awards. I’d like to thank as always our members for their time and support, the Communication Council for their energy and guidance, and the commitment and passion of our Committee, without whom none of this would be possible.”

The APG awards are powered by the Communications Council’s Account Planning Group and proudly sponsored by Production Company, Looper.

The winners were selected from 99 entries, which resulted in 27 shortlisted case studies.