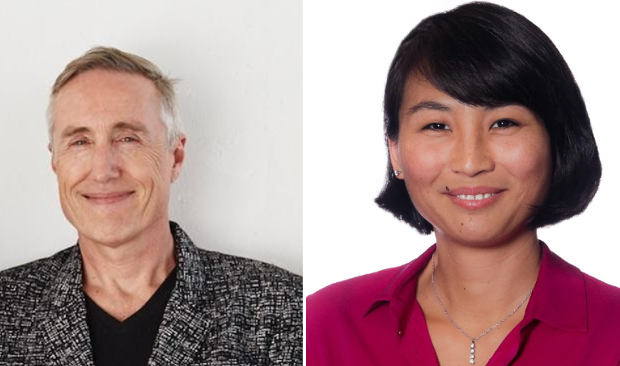 Daniel Barnes, founder and partner of Barnes, Catmur & Friends Dentsu (BC&FD), and Melissa Tang, managing director of Mindshare Singapore have been appointed Heads of Jury for the 2020 APAC Effies in the latest reveal by Effie Asia Pacific.

Daniel is an advertising industry veteran who established his own agency in 1996. In the decades following, he continued to scale new heights, rising to be ranked amongst the industry’s best. Under his leadership, the independent Barnes, Catmur & Friends (BC&F) consistently clinched top honours as the #1 Effective Independent Agency in Asia-Pacific and Top 5 Worldwide in the Effie Index. After BC&F’s acquisition by the Dentsu Aegis Network in 2017, Daniel continued to stamp his mark of distinction, leading the new BC&F Dentsu to become the #2 Most Effective Network Agency in New Zealand.

Daniel has extensive Effie judging experience, having served as juror at New Zealand Effies for over a decade, as well as the APAC and Global Effies. He has also served as chairman of the Axis Creative Awards for two years, and was a board member of the Commercial Communications Council in New Zealand for eight years.

“Marketing effectiveness has always been my focus and I am pleased to be part of the APAC Effies team this year. I look forward to seeing the work that really made a difference”, Daniel said on his appointment.

Melissa brings with her 20 years of experience in the media industry. She embarked on her career with an international news agency in Hong Kong, and later with French TV broadcasters in Paris.

Her journey at Mindshare Singapore began in 2008, where she led local and international businesses. Melissa’s success in driving the company’s trading division as head of exchange saw her being appointed as Mindshare Singapore’s managing director in 2015.

As managing director, Melissa is responsible for the overall development and strategic growth of the agency. She embraces Mindshare’s core values of speed, teamwork and provocation, and has built a reputation for accelerating client business growth, particularly through incubating new partnership models. Melissa is no stranger to the APAC Effie Awards, having previously served as a Jury member.

On her appointment, Melissa said: “I am honoured and delighted to contribute to the APAC Effie Awards as a head of jury. I look forward to celebrating the brightest minds, that inspire our ever-changing industry, and spotlighting the outstanding, purposeful and successful works, that define marketing effectiveness excellence in our region.”

The APAC Effies is the Asia Pacific region’s preeminent award for marketing effectiveness. It recognises and celebrates ideas that work and contribute to a brand’s success, and continues to inspire and champion excellence in marketing communications.

The Awards Judging Committee, comprising representatives from agencies, client-side marketers and brands will be introduced progressively in the coming weeks. The second group of jurors has been unveiled here. The latest updates on the competition may be accessed via the awards website.