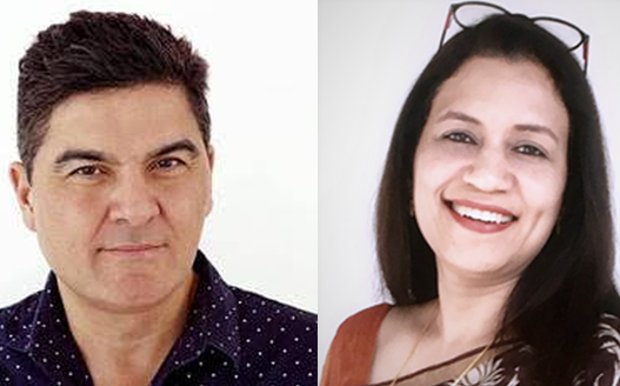 Effie Asia Pacific is pleased to introduce Anupriya Acharya, CEO of Publicis Groupe South Asia, and David Guerrero, creative chairman of BBDO Guerrero, as the first two heads of jury for the 2020 Awards Judging Committee.  As heads of jury, they will lead the jurors in reviewing entries from the region and honouring the best-in-class in marketing effectiveness.

Ranked among Fortune India’s Top 50 ‘Most Powerful Women in Business’ consecutively in 2018 and 2019, and honoured by Forbes India as ‘W-Power’ Trailblazer in 2018, Anupriya is an eminent marketing and advertising professional with 25 years of experience under her belt. Anupriya joined Publicis Groupe in 2013 as Group CEO of ZenithOptimedia. She later went on to lead Publicis Media India from 2016. Prior to Publicis, she has held senior leadership positions with WPP in India and Aegis Media Singapore.

Anupriya has served as a jury member on several key media industry awards in the region. She is also actively involved in AAAI (Advertising Agencies Association of India) and an Independent Director on the Board of DB Corp, the largest newspaper group in India.

Commenting on her appointment, Anupriya said: "Effies is the most recognised accolade that champions marketing effectiveness for the longest time - some of the best work gets celebrated here. I am honoured as well as excited to be appointed as a Head of Jury for the APAC Effies. I am sure we will get to see some incredible work from all around the region."

David has won Grand Prix for both Creativity and Effectiveness for clients including Pepsi, P&G and the Philippine Department of Tourism. He has also won hundreds of international and local awards and judged at many prestigious award shows.  He also holds the distinction of being the first from South-East Asia to be appointed as a Jury President at the Cannes Lions Festival.

After starting his career in London, David spent five years in Hong Kong and then moved to Manila. In 1998 he founded BBDO Guerrero, after just 10 years in the business. Under his leadership, the agency has consistently been one of the most awarded agencies in the region. At the start of 2020, David was re-elected Chairman of the Association of Accredited Advertising Agencies Philippines (4As), which represents all the leading advertising agencies in the country.

On his appointment, David said: “I believe that at the heart of effectiveness is creativity. So I am delighted to be able to help champion the most effective work in the region.”

The Effie Awards is the industry’s gold standard for assessing marketing effectiveness.  Through spotlighting and celebrating ideas that work and contribute to a brand’s success, the Awards continues to inspire and champion excellence in marketing communications.

The Awards Judging Committee, comprising representatives from agencies, client-side marketers and brands will be introduced progressively in the coming weeks. The first group of jurors can be found here. The latest updates on the competition can be accessed here.