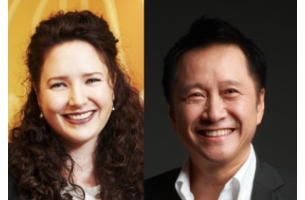 The Asia Pacific Effie Awards has announced the remaining 2 Heads of Jury who will be joining the Judging Committee for the 2015 Awards.

Lisa Ransom is the Vice President Marketing of McDonald’s, overseeing Asia Pacific, Middle East and Africa. Her career with McDonald’s started in 1995 when she began work with DDB in Australia, and McDonald’s was her client.  In 1997 she moved over to the client side of the business and has since held roles in McDonald’s Marketing in Australia, South Korea, Hong Kong, Japan and most recently moved to Singapore.

In her time at McDonald’s, Lisa has led Marketing, Strategy, e-Commerce and Menu Innovation across multiple markets in the Asia Pacific region and now leads the Marketing function in the Asia Pacific, Middle East and African region -  a diverse region of 38 countries and over 9,500 restaurants.

Passionate about brand building and great creative, Lisa shared on her appointment, “I am really pleased to be joining the APAC Effies as a Head of Jury.  This will be my first opportunity to be a part of the Effies beyond creating submission, and I am excited to be involved on the other side of the process and to have the opportunity to see a broad range of work from across the region.  This is a region of growth, innovation and creative diversity and I know we will be seeing some great work.”

Tomaz Mok is the Chairman of McCann Erickson China. Possibly the most loyal advertising veteran who serves one agency network over thirty years, Tomaz has held 3 roles across 3 regions, 7 cities and 7 offices, and worked on numerous world known brands of Automobile, Food & Beverage, Communications, IT / High Tech, Financial Institutes, Hotel / Airlines categories during his career.

He is an advisor to the Effie Greater China Awards and has been actively engaging with its activities in the last decade. Tomaz is also the founder of LongXi International Chinese Awards, an advisor and jury member for many others. He is often giving talks on advertising and related topics at forums and ad events across different provinces in China.

Tomaz is now stationed in Shanghai with focus on Coca-Cola and GM brands - Chevrolet and Cadillac. “It’s indeed my honor to serve as a Head of Jury for the APAC Effie 2015. Good Ideas travel across boundaries and different cultures.  Having been involved with Effie China for many years now, I’m excited to contribute to a regional perspective and look forward to review the best works in this region and honor those ideas that produces great results,” Tomaz said.

Together with the 2 Heads of Jury announced previously, this completes the Judging Committee headed by the 2015 APAC Effie Awards Chairman, Jarek Ziebinski. The 4 Heads of Jury will be bringing with them a wealth of experience across the region and will be leading the jury members in determining the most effective marketing communication works in the Asia Pacific region. Finalists will be announced in February 2015, with the Awards Gala set to take place in Singapore in April 2015