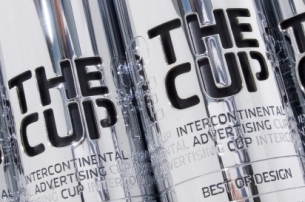 ADFEST is pleased to reveal that entries from ADFEST 2014 have won 14 CUPs at this year’s Intercontinental Advertising CUP Awards, which took place last night (5th March) in Ljubljana, Slovenia.

“ADFEST would like to extend its congratulations to this year’s winners,” says Jimmy Lam, ADFEST President. “THE CUP is an incredibly unique festival thanks to its singular focus on local culture, so it is wonderful to see such a strong performance from Asia Pacific agencies again this year.”

The Intercontinental Advertising Cup was established in 2007 by organisers of the world’s three biggest regional advertising festivals: Asia Pacific’s ADFEST, Ibero-American FIAP and New European Golden Drum. From the first year onwards the ADC*E, Art Director’s Club of Europe, is also a member.

The mission of THE CUP is the affirmation of locally inspired creativity. It is a very new international concept that makes it possible for local creativity to be judged on a global scale by its local merit.

This year’s CUP jury awarded 36 CUPs and one Grand CUP in total. ADFEST won the highest number of CUPs this year with 14 winners, followed by FIAP with 11 CUPs and ADC*E with 11 CUPs. The Grand CUP went to Heimat, Berlin for The Hornbach Hammer.