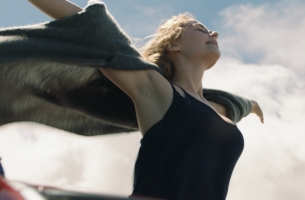 Toyota has unveiled its new look RAV4 model car in a two-part campaign via BWM Dentsu.

Launched on Sunday, the campaign takes the ‘anything goes’ attitude of the new RAV4 in two distinctly different creative directions.

The campaign consists of a TVC for above the line use, as well as a series of content videos to be hosted online and driven exclusively through digital and social channels.

Asheen Naidu, Executive Creative Director, BWM Dentsu, said the agency was proud to have worked on such an engaging campaign: “The automotive sector is notoriously crowded. To get our message across we couldn’t rely on a cookie-cutter idea or execution – we needed to find a new way to stand out. We intentionally took a different approach on this project. Creating bespoke executions for the traditional and digital components of the campaign allowed us to communicate the benefits of the new RAV4 in the way that would work best for each medium."

Editors' Note: The below spots are region locked, and may not be viewable in your country.