Anya Kruzmetra Promoted to Head of Production at Glassworks Amsterdam 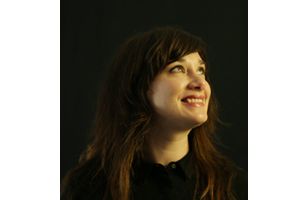 Glassworks Amsterdam’s Senior Producer Anya Kruzmetra, has now been promoted to Head of Production. After joining the team in October 2014, Anya has impressed colleagues and clients alike with her extensive VFX knowledge, creative insights and quick witted sense of humour.

Originally hailing from Australia, Anya studied Electronic Temporal Arts at SCA, University of Sydney, has a love for for 1960's Japanese porcelain cats, and is often seen around town, rummaging through the vinyl catalogs in vintage stores for obscure 70’s film soundtracks.

Before deciding to pack her bags and leave Oz to tour around Europe, Anya held roles at Karl Marks (now part of The Editors) and award winning VFX studio Fin Design + Effects. Making the move to The Netherlands nearly two years ago, she has quickly adapted to the Dutch culture and way of life. Since joining Glassworks, she has shown a strong understanding of the Dutch and International markets; in additional to working on several local brands, she has also produced work for huge international clients such as Nike, Samsung, Netflix, Tesco, and booking.com.

On the appointment, Amsterdam’s MD Rick Naudé commented “Anya is like a rare diamond you might find after 10 years of mining. Her know-how and production knowledge stretch globally and we could not have asked for anyone more suited to head our Amsterdam production team. Anya's vision and insights are like no one else I know and we have always been amazed at her spot on production solutions. She is not only a great asset to our Amsterdam facility, but also to our whole Glassworks group.”