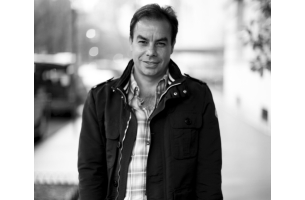 Nissan United, a dedicated unit of Omnicom, announced today that it has hired Antonio Navas as its first Chief Creative Officer, a role previously overseen by Rob Schwartz as Global Creative President of TBWA Worldwide prior to his appointment to CEO of TBWA\Chiat\Day New York earlier this year.

As CCO of Nissan United, Antonio will assume oversight of all global Nissan creative and content from both Omnicom and non-Omnicom agencies, and will help to further clarify the creative vision for the Nissan brand globally. He will be based out of the Agency’s New York headquarters.

“After an expansive global search, and several conversations with Antonio, we knew we had found the right person to accelerate our global content and creative ambitions for Nissan,” said Nissan United President, Jon Castle. “He has an exceptionally strong creative reputation and understands the role of setting the inspirational direction of the brand as well as governing the work from agencies around the world.”

Nissan United is wholly comprised of leaders from Nissan's global agencies of record, including TBWA, OMD, Interbrand, Designory, and others, with an ultimate goal of building brand value and driving communication and consistency for all brand activities through a complex yet rigorous process that allows maximum local flexibility. NU oversees all activities for Omnicom and non-Omnicom agencies on behalf of Nissan.

Antonio brings with him more than 25 years of comprehensive brand experience, having worked around the world for a host of marquee brands including Stella Artois, Levi's, American Express, Toyota, Hewett-Packard, Martini & Rossi, Coca-Cola, and Bacardi.

He comes to Nissan United from Saatchi & Saatchi New Zealand, where he was Executive Creative Director working on clients such as Toyota, Defence Force, ASB Bank, Lexus and Telecom. Prior to Saatchi, he did tours at Ogilvy, Goodby Silverstein, FCB, BBDO and Amster Yard.  Antonio has been a juror in most international advertising shows, including Cannes, One Show, Art Directors Club, and AICP, and his work has won major awards at each of them.