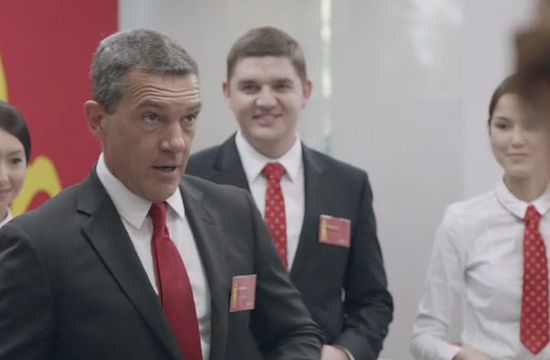 Global production company Great Guns represented director Jonty Toosey’s most recent commission took him to Kazakhstan with Atom Films (part of Radioaktiv) where he directed Antonio Banderas as a real bank manager for the Bank of Kazakhstan.

The idea is simple. What happens if you get an A-List Hollywood star to work in your bank for a day as a Deposits Manager.  The answer is total and utter chaos. A charming performance by Banderas resulting in a completely believable and quite hilarious film.