The campaign will launch in Press and OOH in March 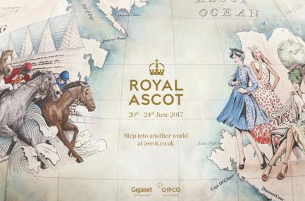 The handmade globe, called ‘A World Like Nowhere Else’, features 30 illustrations that tell the tale of Royal Ascot’s long-standing traditions, history and heritage.

From a dramatic race finish through crashing waves to the Royal Procession via a Champagne waterfall and a gathering of fashionably dressed ladies, the piece brings together the eclectic combination of elements that make Royal Ascot unique.

The ‘A World Like Nowhere Else’ campaign, by Antidote, features images and films showcasing the globe and will run across outdoor, press, digital, ECRM, social and on VOD. 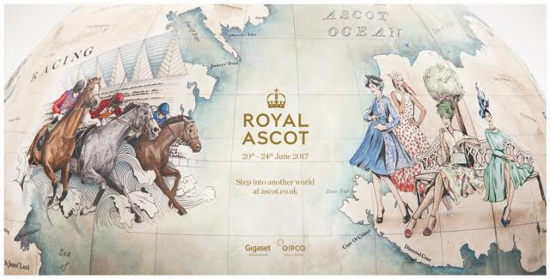 The campaign will launch in Press and OOH in March.

The globe itself was unveiled at The Goring Hotel in London on Wednesday, March 1st where it will begin a tour of London and the South East for public viewing before taking centre-stage at the racecourse for Royal Ascot from Tuesday 20th – Saturday 24th June 2017.

The campaign is the fourth in Royal Ascot’s ‘Like Nowhere Else’ series, all created by Antidote, with the brand partnering with a different artist each year to create a traditional artform with a contemporary feel. Past campaigns have featured Royal Academician David Mach and San Francisco based embroidery artist Lauren Dicioccio.

Juliet Slot, Commercial Director, Ascot Racecourse said: “Our ‘World Like Nowhere Else’ globe celebrates the international appeal of Royal Ascot’s world-class racing, timeless pageantry, heritage and style that collectively creates a one of a kind occasion.  Respectfully bringing relevance and vibrancy to an art form that has been passed through generations for hundreds of years, in many ways, mirrors Royal Ascot in the twenty-first century.”

Tim Ashton, Executive Creative Director at Antidote said: “Our 'Like Nowhere Else' campaign for Royal Ascot is in its fourth year. A truly unique British event deserves a truly unique advertising campaign. This year we have turned to one of the world's only globe master craftsmen to bring our 'World Like Nowhere Else' artwork to life.”