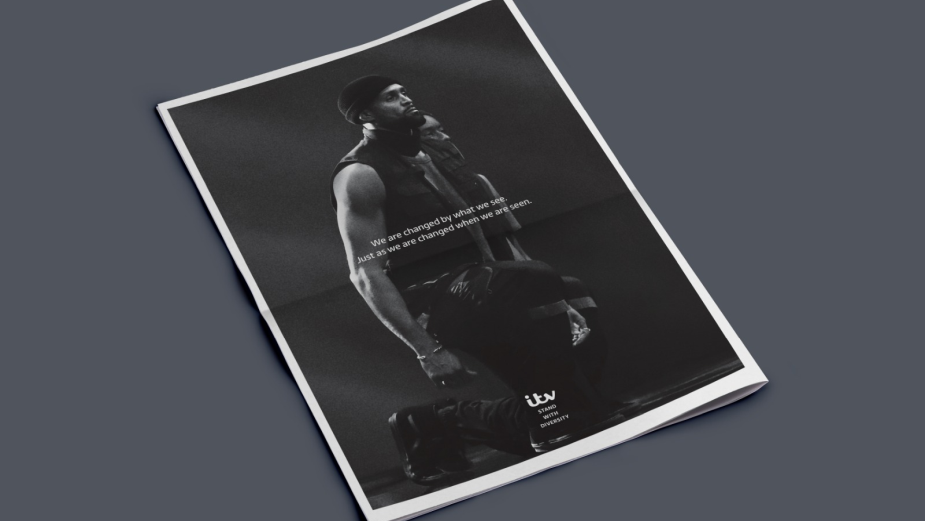 This weekend, Uncommon created a print and social ad for ITV. The work ran in the national papers on Saturday with a black and white image of Diversity’s Ashley Banjo in support of the dance group’s recent powerful performance on Britain’s Got Talent.

The image in the ad was accompanied by the powerful copy ‘We are changed by what we see. Just as we are changed when we are seen.’ This line was taken from an earlier brand film for the broadcaster made by the studio titled ‘TELEVISION’ which highlighted moments from ITV's history that influenced culture narrated by Sir Trevor McDonald. The print ad was created and turned around in 48 hours by Uncommon. 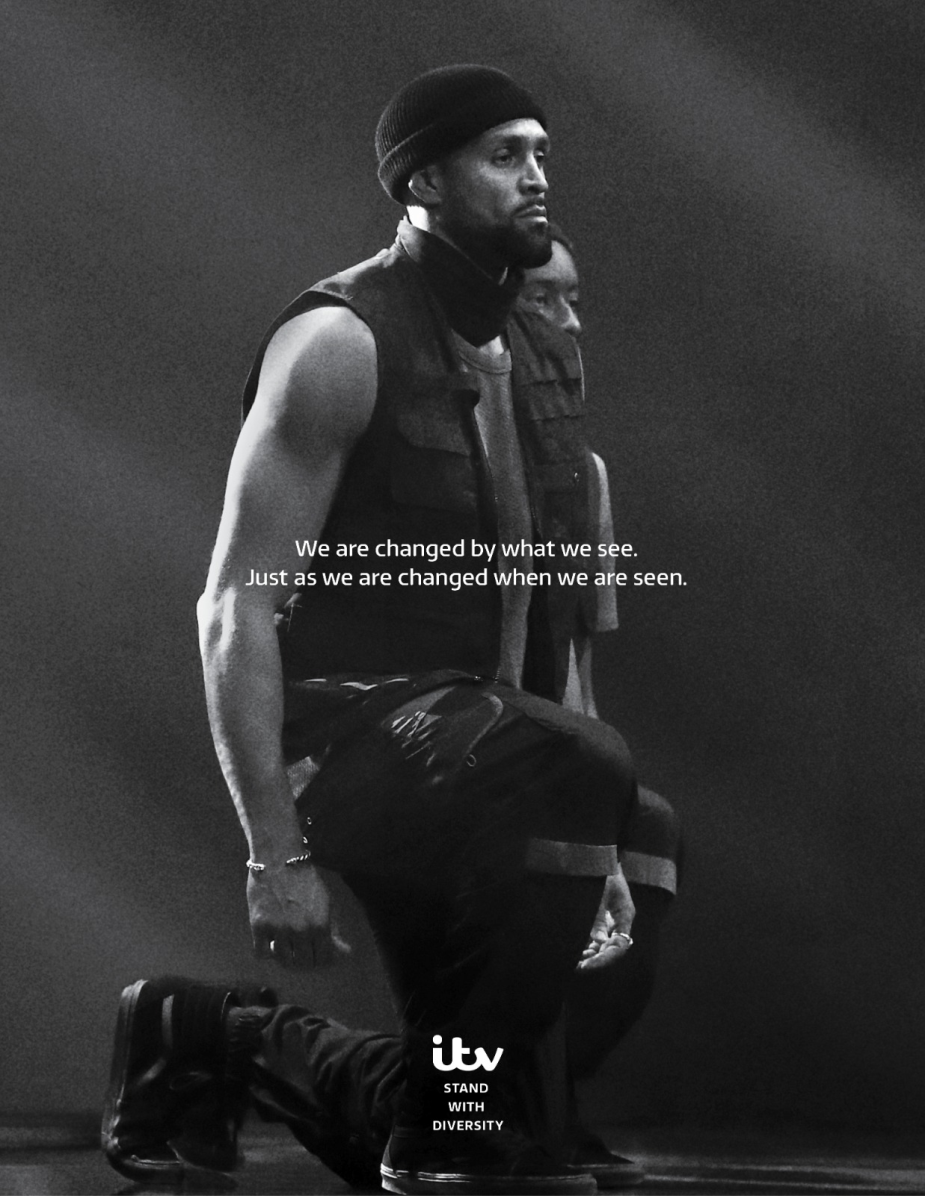