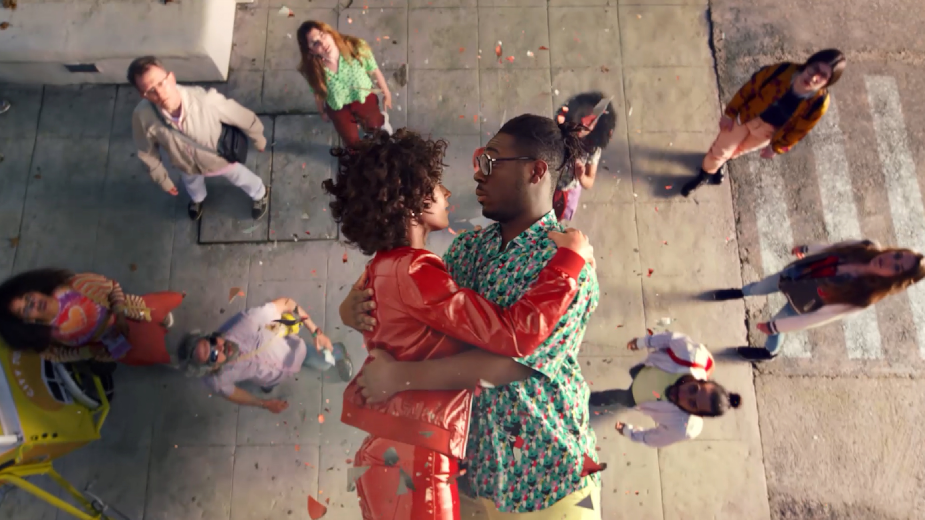 The UK’s leading men’s toiletries brandi, Lynx, is unveiling a star-studded £12 million ATL campaign – The New Lynx Effect – a total repositioning to drive relevancy amongst the Gen-Z audience, with a slick, fun and fresh new advert. Lynx is on a mission to help guys smell and feel their best as they navigate the world of attraction.

The brand is setting its sights on helping the next generation of shoppers ‘smell iconic’ again. The brand overhaul which covers everything from a new look and feel on pack to a raft of new, innovative products, will also be celebrated with a new advert featuring brand ambassadors Anthony Joshua, Chunkz, Calfreezy and Aitch.

Lynx will be debuting an all-new advert from 13th May to celebrate life after lockdown across TV, video on demand, and OOH. The main character is seen strutting his stuff with true swagger and game to the new soundtrack from British rapper and grime sensation Aitch, ready to face the day and the world of different possibilities that await him, all thanks to his daily dose of Lynx.

We then bump into YouTube giant, Calfreezy, as he sells hotdogs in the street, grilling the characters’ scent on the BBQ and sending him into a mesmerised trance. Meanwhile, world heavyweight boxing champion Anthony Joshua, walks by with his cockerpoo, becoming the next passer-by to be transfixed with The New Lynx Effect. Last, but by no means least, rap battle sensation and all-round cheeky chap Londoner, Chunkz, takes the wheel as a bus driver, the last celeb to be rattled by the man and his scent.

For a little added mojo for Lynx fans, Lynx and Aitch have teamed up to create the ultimate 2021 summer playlist, available on launch day, exclusively on Spotify. Lynx followers will also be able to  access a Snapchat AR lens, inspired by the ad, transforming them into hot dog, aubergine, and sunflower icons, to recreate the Lynx ad look. Aitch is also bringing the Lynx anthem to TikTok by recording a one-minute video alongside the other brand ambassadors and is looking for fans to use the platform’s ‘Duet’ feature to spray some bars with him. Followers are encouraged to dance, rap, mime or just flex along and share their video version of the exclusive track.

Josh Plimmer, Lynx senior brand manager commented: “Lynx continues to have legendary status because we understand the importance of staying relevant to our audience whilst helping guys smell and feel their best. Smelling even more iconic than before, we’re continuing to evolve to empower Gen-Z in line with their values and aspirations so they can take on the world – one spray at a time. Our new ad, soundtrack and the continued support of our incredible ambassadors means Lynx-lovers can once again feel (and smell) their most attractive, to anyone”.

In true Lynx style, the campaign will continue to champion ‘the everyday guy’ as he navigates the evolving world of attraction; but with a refreshed, respectful approach that doesn’t rely on gender stereotypes. Whilst at the same time emphasising messages of confidence alongside equality and empowerment, and connections and partnerships which are in-line with what is important to an open minded Gen-Z audience.

As part of the refresh and alongside the new ATL campaign, Lynx is launching all-new products, new technology and a revitalised look and feel for existing product. The newly refreshed Lynx range is available from 13th May nationwide in all leading UK supermarkets, convenience channels and drug stores.

The campaign was created and launched by The Martin Agency.