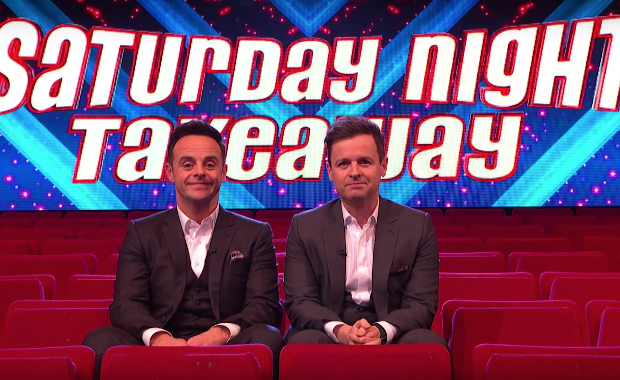 ITV’s landmark mental health campaign, Britain Get Talking, returned to ITV this Saturday following Ant and Dec’s Saturday Night Takeaway; bringing messages of support and love to the screen at a time when we have never needed it more and reminding us that talking is so important right now.

In light of the numerous challenges posed by the Coronavirus crisis, Britain has never needed to connect more. ITV once again use their reach across the nation, to urge everyone to support one another and keep talking. Just hearing someone’s voice can reduce stress levels. With more of us stuck at home than ever before, speaking to our loved ones is vitally important for our mental wellbeing.

Ant and Dec presented their latest episode of Saturday Night Takeaway which drew the duo's biggest-ever audience with an average viewership of 9.5m viewers. After the show, in a bid to keep the nation talking, Ant and Dec reached out directly to viewers through a broadcast on Saturday night – to connect with those who need it most. Viewers were encouraged to pick up the phone, share messages of love and support across social media using the hashtag #BritainGetTalking and tagging @itv.

A selection of these moving messages will be played on ITV every day, in an effort to keep spirits high across the country placing people amongst programming throughout the next month in a social first. A valiant act by the broadcaster to keep us all talking, to help improve our mental wellbeing as a nation, especially in these uncertain times. Reminding us that we may be apart, but we are never alone.

Honest messages from famous faces have included: Davina McCall, Alex Beresford and soap stars Lisa Riley, Ali Mardell, Sam Aston, Ryan Prescott, Chris Bisson, Dolly Rose Campbell and Michelle Hardwick. Susanna Reid and Gordon Ramsay also wished all mothers, including their own, a happy Mother’s Day on Sunday. These messages will help launch the idea and play out across the network and on social from Monday 23rdMarch.

Nils Leonard, co-founder of Uncommon Creative Studio, said: “ITV have always created more than TV. And in a time when we have never needed each other more, putting people amongst the programming they love is a meaningful and powerful act. We are apart but never alone.”

Clare Phillips, director of social purpose for ITV, added: “Physical isolation doesn’t have to mean social isolation. Britain has never needed to connect more, and through Britain Get Talking we want to use ITV to help people feel good, talk more and establish a feeling of unity through these challenging and unprecedented times. Hearing someone’s voice is a proven means of decreasing anxiety and stress, so we want to encourage more talking and more connecting.”

The campaign is supported again by YoungMinds and Mind, following the original initiative launch, which became the most recognised mental health campaign in the country.

Emma Thomas, chief executive of YoungMinds, added: “The next few weeks are going to be a challenging time for millions of people across the country, and it’s really important that we keep supporting each other and reaching out to those who might be struggling to cope. Even if we can’t see friends and family face to face, it makes a huge difference speaking over the phone, on video calls or through messaging – and it’s also crucial that we look out for neighbours who are on their own or living in difficult circumstances. We’re really pleased to be part of Britain Get Talking, encouraging people to keep connecting to each other and talking about how they’re feeling.”

Paul Farmer, chief executive of Mind, concluded: “We are currently facing the biggest challenge to the nation’s mental wellbeing for a very long time. Reaching out is going to be a critical part of getting through the coming weeks and will go a long way in helping keep our spirits up. We are pleased to be part of ITV’s campaign and encourage everyone to do what they can to connect with others and show extra support for those doing the difficult job of keeping us safe and well.”

Britain Get Talking originally launched in October 2019 as part of ITV’s ongoing objective to encourage 10 million people to take action and improve their mental or physical health by 2023. As a result of the 2019 campaign, which was also supported by Mind and YoungMinds, 2.8 million people started a conversation, or had a more meaningful conversation, with family and friends. 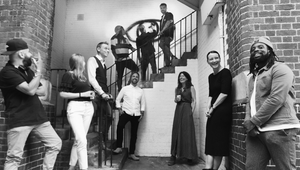