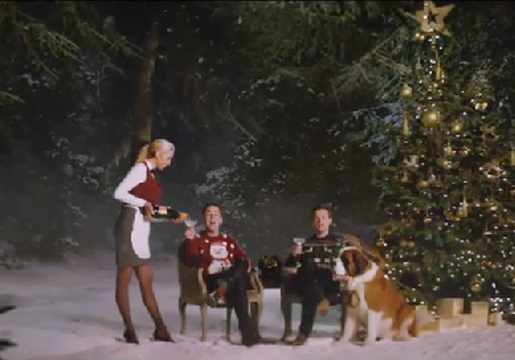 Morrisons is set to launch its new Christmas TV advertising campaign this Friday 14th November, during the prime-time slot of ITV’s Coronation Street. Directed by Jonathan Herman and produced by DLKW Lowe, the full-length 60-second spot is supported by a selection of shorter 40-second versions.

Featuring Ant and Dec and set to Yuletide classic “It's Beginning to Look a Lot Like Christmas”, the campaign goes to the heart of what makes Christmas special; fresh food, families, great entertainment and traditions. For example, turning on the Christmas lights or eating that first mince pie, those festive occasions that will be taking place up and down the country in the build up to Christmas Day. Like a picture book, each scene brings to life the different stories of the characters as they sing the corresponding lines from the song.

Ben Leeves of Grand Central Recording Studios has created the sound design for the spot: "The wonderful thing about working on this spot was being involved from the start of the project. “It’s beginning to look a lot like Christmas” was the chosen song and much thought was given by all involved on how best to approach the task. All the singing was recorded on the shoot and then it came back to us after the first edit. Having different people sing each line is always a challenge, they’ve got to be balanced; you have to make sure that each transition is seamless and the balance is smooth from start to finish;

All the sound design for the background activity had to be recreated in the studio. We aimed for everything to sound musical and celebratory - even the car horns and the cutlery are in time with the beat.

The advance planning allowed us all to focus on making the spot sound festive and fun.

It was lovely to work with everyone involved and I’m very happy with the result. I think we’ve delivered a great Christmas commercial."